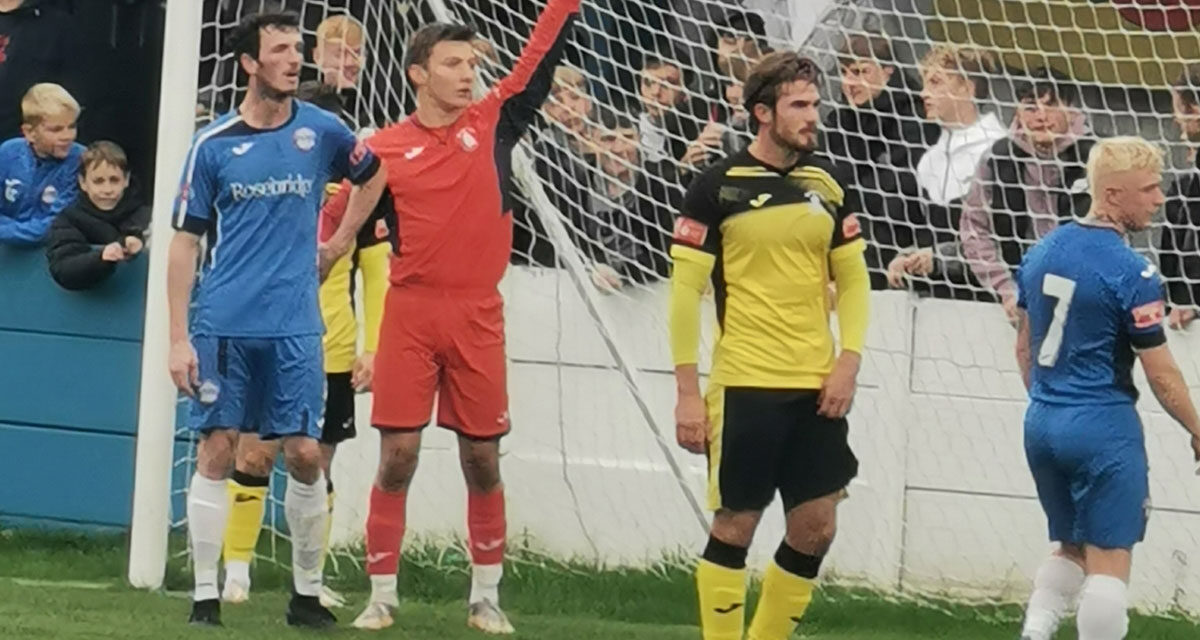 A huge few days in the transfer market has seen a surprisingly swift big name departure in the shape of former Bayern Munich winger Dale Jennings, but has also heralded some much needed arrivals in the striking department as well.

Since losing Sefton Gonzales in the summer, and more recently Jamie Rainford, we have not had a recognised centre forward in the entire squad. Make no mistake, midfielder Domaine Rouse has filled in admirably and has held the ball up superbly well, but we have been missing out on his quality in the centre of the park, whilst struggling to score for the last month or so in general.

We have now managed to recruit two naturals in the position – clinical amateur level finisher John Murphy who was briefly at Glossop North End, and also the highly sought after Kendal Town captain and six foot six target man Hugo Rodriguez, formerly of Sevilla. Both seem the type who will not give a defender a moments peace, and if that is so, they will be exactly what is required.

Murphy was handed an immediate debut today against Port Vale legend Robin Van Der Laan’s Newcastle Town side, and looked bright and determined from very early on, chasing down every clearance or opposition pass in his vicinity from the word go. A very competitive performance – he battled for absolutely everything, and it was great to see.

There was also a start for two other recent signings, one of them being right back Luke Barlow. A local lad who came through the youth setup at Crewe Alexandra and Kilmarnock, who has arrived from Stalybridge Celtic. He looked assured defensively and rarely troubled, and showed early leadership qualities, yelling out instructions to his new teammates. There was also a willingness to move forward, making plenty of overlapping runs for Jake Thompson down the right flank, which gave us another option. Owen Collinge switched over to left back in the absence of captain Tom Kennedy for this game (to accommodate Barlow) and did equally well.

Elsewhere, playing in a deeper role than anticipated at the base of the midfield, the ball stuck to Domaine Rouse’s feet like glue, and his abilities to hold onto the ball in tight situations and spray passes out to the wings from that defensive pivot are going to be vital in the coming weeks as we aim to recycle the ball quickly and more efficiently. Domaine does a grand job wherever we put him but he really did shine today.

In the 19th minute we took the lead from an attack down the right, with John Murphy holding onto the ball admirably close to the edge of the box and sidefooting it simply to Jamie Rother who made sure of it with a perfectly placed pearler from 18 yards – a fitting way to celebrate 150 games for the club. Murphy meanwhile continued to impress, and was unlucky not to get on the scoresheet himself, such was the strength of his performance – even attempting an overhead kick in the process.

A reckless dash out of the box from Tom Stewart was the only real trouble we found ourselves in defensively, as any other potential problem moments were mopped up effectively by Steve Hoy and September’s player of the month Will Hall along with the full backs. When Stewart flew into the Newcastle Town forward 25 yards from his goal line, of course, he could give little in the way of complaint at the resulting yellow. Other than that one hairy moment and a couple of simplistic free kicks, the Rams number one had little to deal with overall. Newcastle hardly had a sniff.

But the second half was all about pressing home that advantage and making sure the win was ours – and we didn’t disappoint. Jake Thompson’s marauding runs forward give us that extra dimension and as the game wore on he seemed to get more and more joy for his endeavours. Oh how we have missed him during that bad run of form of late. Murphy at centre forward gave us that focus centrally to aim for as well, which I am sure Jake and the other wide players will come to appreciate. It all augers well.

A brilliant counter, ending with Murphy, Rother and Cooper, saw returning former Ram Tom Hartley peel away at the left stick and power it nicely into the bottom right corner, scoring his first goal for Rammy since 2015. Lovely!

An absolute piledriver of a free kick from distance by centre back Steve Hoy was then just about forced over the bar by Town goalkeeper Owen Mooney. But we didn’t relent, and it was now time to introduce our second debutant striker Hugo Rodriguez to inflict some more pain on the visitors. He entered for the impressive Murphy, who must have really turned a few heads on that showing, really solid stuff! Two minutes later and bang, Rodriguez had planted a firm header into the net for his own perfect start in the Rammy blue.

After one of about three or four smart lay offs from Rodriguez, and not the only one we could have capitalised on, another sub Sam Twist had two bites of the cherry to make it a resounding 4-0 as the keeper fumbled it through his hands.

We have rediscovered our mojo Ramsbottom, and doesn’t it feel nice!

That’ll do Rams, that’ll do.