MORE NEW SIGNINGS FOR THE RAMS 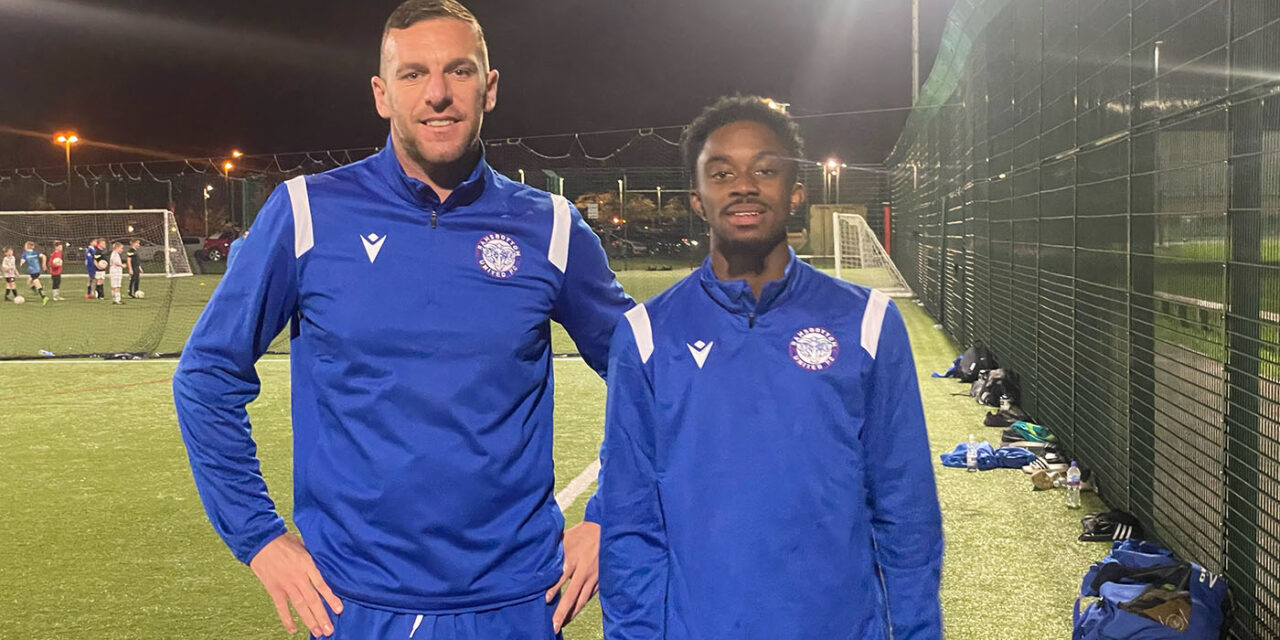 Ramsbottom United manager Lee Donafee has been busy in the last few weeks strengthening the squad and his three most recent additions have made an immediate impact, seeing the side collect maximum points from their last two games to move up the NPL One West table.

The first of the new faces made two appearances off the bench before being given a start in the 2-1 win over Prescot Cables and that was skillful young winger Leon Johnson.

Johnson has spent time with Cambridge United and the Liverpool-based Cables but was most recently playing for East Lancashire league rivals Colne. The tricky forward spent some time on the sidelines over the summer recovering from injury but he admitted that he is “back and better than ever”.

Leon played a pivotal role in our victory over Bootle at the weekend which he felt was his biggest achievement in his fledgling career in the game.

“Giving Ramsbottom their first away victory in over a year felt so good,” he said. “I’m a team player so it’s good to see supporters and coaches happy too.”

He explained that there were three main reasons to him joining the Rams. “The fact that Lee was the manager, the fans and putting myself in the Manchester shop window where I’m exposed to bigger clubs, as my dream is to one day play in the football league”.

Rammy boss Donafee certainly wanted his player to express himself. “I just told Leon to be himself and play free,” adding, “he doesn’t need to impress me but just to focus on his own game, as we’ve seen already he’s a player that will be a fan favourite and there is plenty more to come from him.”

Johnson’s main target for the Rams was to, “get us up the league table but I will take it game by game. I have a level head but I do want to get the crowd up off their seats and bring some good, entertaining football to the Harry Williams Riverside Stadium.”

With his goal in the win at Bootle and some impressive performances both starting and off the bench, there is plenty of encouragement that he will get his wish to see the supporters cheering him on fervently.

Another signing that Rammy were able to get over the line was 34-year-old Ben Halfacre.

Ben joined the Rams from Runcorn Linnets but has spent time at teams such as Mossley, Trafford and Rochdale AFC. Ben has a wealth of experience and has reached the FA Vase Cup Final and winning the league with Glossop North End.

Halfacre has known Rammy manager Donafee for quite some time. “I have always been friends with Lee through football and we have always kept in contact,” he said. “The fact that he’s a really good guy is the main reason I wanted to come here”.

The veteran striker is already off the mark after scoring on his debut against Prescot Cables and he is hoping to bring “more goals and a wealth of experience to help Ramsbottom climb the league table as we are more than capable of doing that”.

The manager certainly knew what a top addition to the side he would be. “Having managed Ben previously, I knew what we would be getting when signing him and for me since his arrival he has been brilliant for us on the pitch and within the dressing room”.

The third signing that the Rams made was Lee Neville. Lee is no stranger to the club having made 17 appearances during the 2014-15 season under Jon Robinson, grabbing one goal along the way.

Lee has played for an array of clubs including FC United, Salford City and Stalybridge Celtic, but most recently he was turning out for Radcliffe.

He was a name that the manager was keen to add to his ranks. “I was eager to get Lee in during pre-season but due to work commitments he was unable to join us. However, things have changed and it was right to speak to him about coming back to Rammy and I’m absolutely delighted that he agreed.

“He brings much needed experience to the group and he has even experienced winning the league at this level with a couple of his former teams.”

Neville had the honour of playing for the England school boys at the ages of 16 and 17, something he looks back on with great happiness as it was his “greatest achievement in the game.”

However, what he does hope is to bring “a wealth of experience to the club and that’s what Lee has asked for.”

Having been a solid wall at the back so far for the Rams, this signing looks to have been something of a coup.