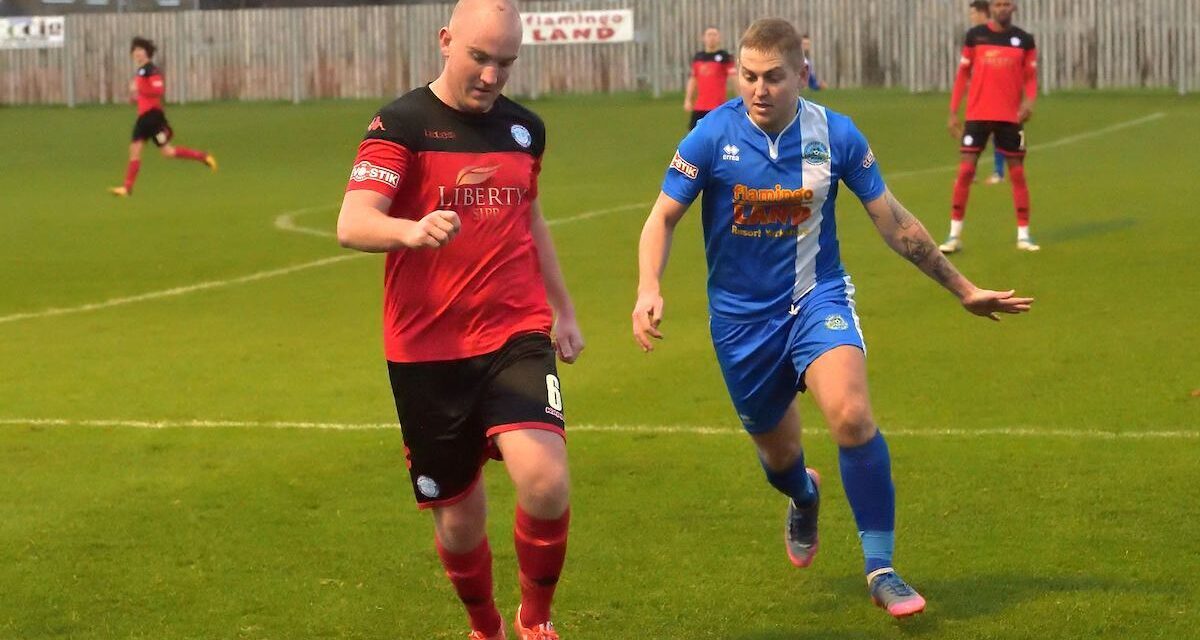 It was a very quick turnaround after disposing of Yaxley in the second qualifying round of the 2018/19 FA Trophy as the Rams headed to North Yorkshire to face fellow Evo-Stik side Pickering Town just four days later – on this very day, Saturday 24 November 2018.

The Rams had never met the Pikes before – something that has been rectified since with five meetings in the space of 20 months – but travelled to Mill Lane with some hope against the in-form East Division outfit, who had lost just one of their previous eight games.

That hope would have come from the fact that the Rams, who were the only West Division side left in the competition, had been drawn away from home in each of their last six FA Trophy ties – at Shaw Lane and Altrincham last season and Trafford, Frickley Athletic, Yaxley and then Pickering in this run.

Still unbeaten Rams manager Chris Willcock was forced into making one change from the Yaxley win with the suspended Luke Thompson having to sit this game out, Khalil Osi-Efa coming in.

There was plenty of endeavour from both sides as the visitors came out of the blocks quickly. Nialle Rodney had a shot on target early while Tom Kennedy’s corners were causing plenty of concern in the Pickering box.

But this alerted the hosts and Ryan Blott had a couple of chances to break to deadlock, one with a shot that sailed wide and the second a header over the bar and then Rodney responded with a shot on target but failed to test the keeper.

It was Blott again that was causing the Rams some serious problems and his powerful shot cracked off the woodwork after 25 minutes to give the visitors a major scare and they were not backwards in coming forward either as Taylor fired a shot towards Sam Ashton but it flew off the mark.

Despite there being no goals thus far, it was an entertaining tie and while the Rams closed the first half the stronger – Jerome’s effort being eased clear by the keeper and then came again when a defensive mix up by the home side was pounced on by Ruben Jerome but his effort was wide of the target leaving the game goalless at the break.

The second half was only less than ten minutes old when a huge moment in the game came. A flighted ball over the top of the Rammy defence saw Sam Ashton rush out of his penalty area to challenge but he made contact with the onrushing home attacker before the ball fell kindly to a Pickering player who lobbed the ball into an unguarded net . However, fortuitously for the visitors, the referee had already blown his whistle for the initial foul, with no advantage played. This angered the home support and their mood wasn’t helped when the free kick cleared the crossbar.

It continued to be an end to end game but the deadlock remained firmly intact despite Pickering having a loud shout for a penalty turned away by the referee and goalkeeper Ashton being regularly tested, although he was helped out yet again by the post when Logan’s header left the keeper helpless.

This was, without doubt, the hardest 90 minutes that the new manager had endured in his time with the Rams – and the first time they had not scored under his charge, but it was back to the Harry Williams Riverside Stadium once more for a replay – for the second successive round and a fourth FA Trophy game in the space of two weeks.

What would be known before the next game on Tuesday would be the prize for winning – a place in the first round proper of the FA Trophy and the possibility of a big day out against a National League side.

But this game would prove that Pickering would be no push overs and they would be hauled back to Ramsbottom for that prestigious round one spot.

Thanks to Frank Crook for the photos. 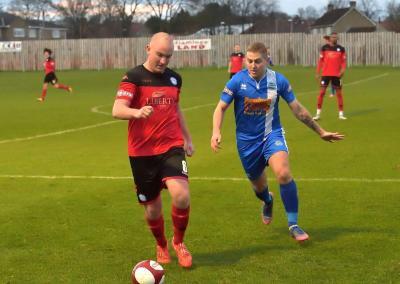 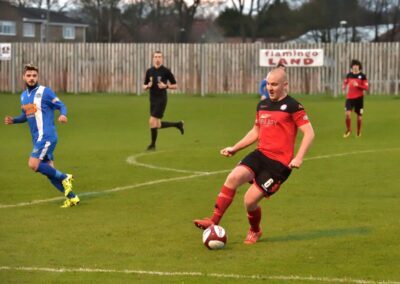 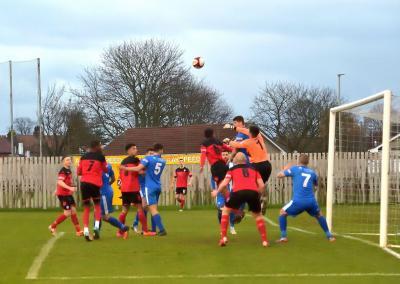 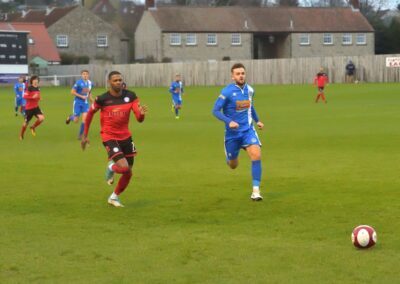 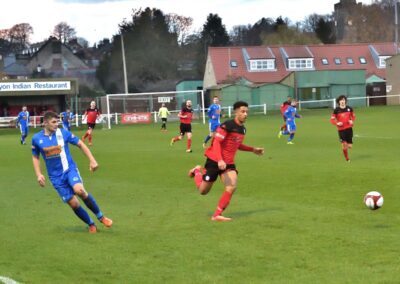 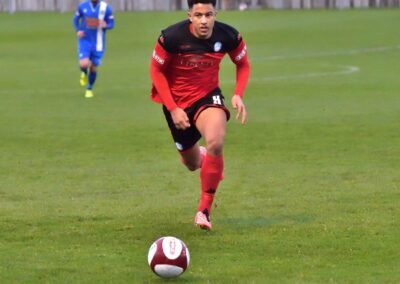 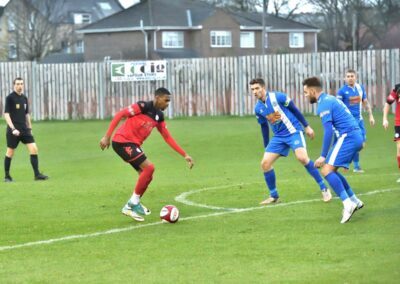 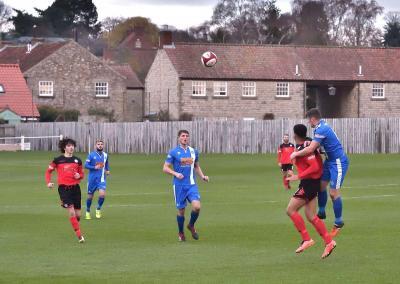 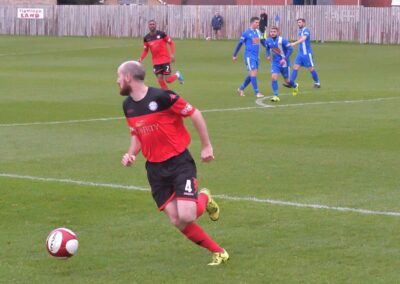 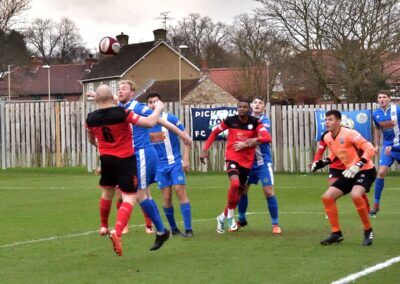 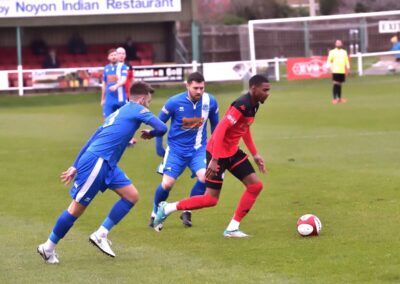 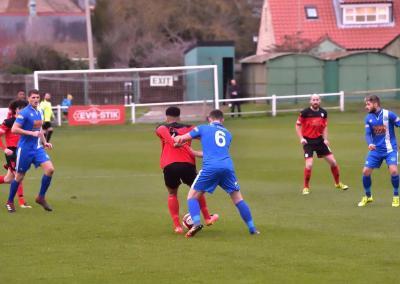