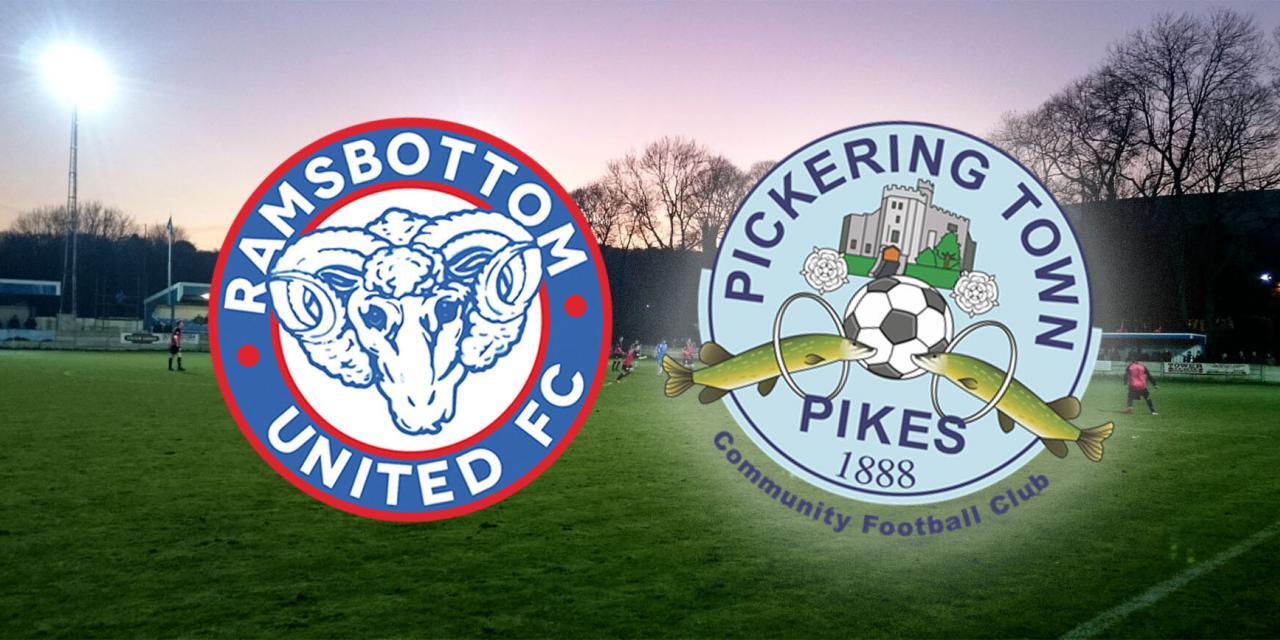 It was almost like the league season had been put on an indefinite hold as, for the fourth time in five games, the Rams went out onto the park for a FA Trophy game and a second replay in the space of eight days.

Having returned from North Yorkshire with a highly competitive, often controversial but still goalless game with Pickering Town four days previously, the two sides went at it again with the prize, a place in the FA Trophy first round proper and another away day, this time to Workington.

Luke Thompson was back in defence having had to sit out the last game with a suspension and he came in for Khalil Osi-Efa, so the Rams fielded the same side as they did in beating Yaxley last Tuesday night.

Pickering showed on Saturday that they were not to be underestimated and they fired a shot across the Rams bow as early as the third minute when Taylor’s long range speculative effort crashed against Sam Ashton’s post with the keeper stranded.

Finally, the deadlock between the two sides was broken and it came after 15 minutes of end-to-end action. A great run from Eddie Moran opened up some space and he played a delightfully timed ball into the path of Nic Evangelinos who sent a left-footed shot across Andrew in the Pickering goal and into the corner of the net for his fourth of what was to become a bounty of goals in the competition.

The goal certainly put a spring in the Rammy step and they continued to pile forward in search of a crucial second but despite a towering header from Thompson which was scrambled away, Moran’s testing drive from the edge of the box and Jamie Rother’s barnstormer which thudded against the post, they couldn’t find it and even had a sweetly struck free-kick from Nialle Rodney just before the break was superbly saved flying to his left by Andrew.

The Rams went into the break with just the one goal advantage, which the visitors would have probably been pleased with given the balance of the play.

They certainly would have been just three minutes in when Dalton, on as a half-time substitute, was fouled on the edge of the box but, unlike the earlier foul which presented the Rams was a late free-kick, the referee deemed this to be inside the box and Ryan Blott hammered the spot kick to equalise.

That equaliser didn’t seem to phase the home side as they continued to press but were finding the Pikes, who were on a run of one defeat in their last nine, a tough nut to crack.

Rammy were still having the better of the play but weren’t at their very best although Kyle Jacobs and Moran tried the luck from long range but off target.

As time ticked down and another 30 minutes in the offing, some lovely build up play led to Ruben Jerome hitting a shot goalward which was blocked by the excellent keeper but Eddie Moran followed up and found full back Kyle Jacobs on the edge of the box to fire home a thunderous right-footed effort from 20 yards for his first goal for the club.

Pickering threw men forward to try and grab a late equaliser to take the tie to extra time but the Rams repelled them and booked their place in the first round proper of the FA Trophy for the first time since 2014 and maintained manager Chris Willcock’s unbeaten start in the hot seat.

Did you know that in this game, the Rams did not make a single substitution – keeping the same eleven players on the park from start to finish!

First round proper and a trip to Cumbria in a couple of weeks time …. this FA Trophy run just kept giving.