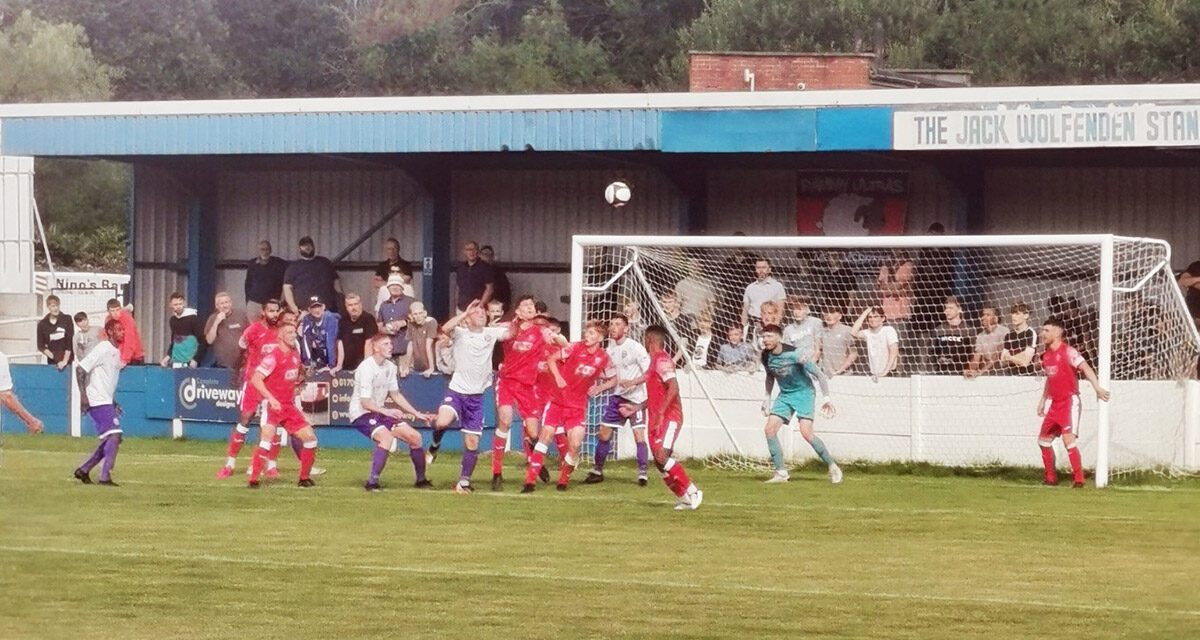 So quickly can fortunes change.

An exodus of some quality players over the Summer have seen Ramsbottom say goodbye to the likes of Sefton Gonzales, Richie Baker, Mason Fawns and ever reliable central defender Luke Thompson – which has then been further compounded by the loss of manager Chris Willcock to league rivals Workington (who took returning trialist Nico Evangelinos with him to boot).

When a dreadful week of results followed with the 0-3 home hammering by Marine and the all too swift cup exit 5-4 at the hands of lower league opposition Barnoldswick Town, concerns that the great foundations laid down over the past couple of years by the Rams were on the verge of disintegrating were probably justifiable.

But new manager Lee Donafee has been quietly rebuilding a squad which is capable of a good deal more than simply competing. We started to see the fruits of these new foundations in the midweek away game to Kendal – I am pleased to say that the hallmarks of that match winning 2-1 performance were on display again here today, and evident from the 1st minute of this home league fixture against Shropshire’s Gingerbread men – Market Drayton Town.

The new central defensive partnership of Will Hall (loaned from Altrincham) and Steve Hoy looks solid and well matched – both strong in the air and also not afraid to put a foot in. The early signs are good.

The conversion of Dahrius Waldron from his own central defensive role into that of a midfielder has been nothing short of a revelation – plenty of tenacity and bite in the tackle to break up opposition play. The extra shield in midfield has allowed the team as a whole to play a much higher line, knowing that another layer of protection is there if support is needed.

A special mention also for Eddie Cooper who is having a good season so far, hungry and combative but always looking for positive options and to keep the ball moving forwards.

Domaine Rouse is holding up the ball and bringing the wingers into play with ease – it appears he is equally comfortable and strong enough to play that lone striker role, as he is to drop back into midfield and show off some slick ball work and close control.

And the wingers themselves are a constant threat. We know all about Jake Thompson on the right, but new signing James Murphy on the left (after some decent performances in pre season) is now showing exactly why he was signed. In the 3rd minute, the wide man robbed the visitor’s defence of the ball and stroked it past the keeper almost effortlessly. Great work from Thompson on the touchline in the 36th minute (soon after forcing a decent save from the travelling keeper) was deservedly finally turned in by Rouse, who himself had earlier smacked one onto the post from the edge of the box.

Very good first half, and completely controlled by the Rams from start to finish, with Tom Stewart basically untroubled in the Rammy goal – the midweek win had obviously stoked the confidence somewhat.

And the second half continued in mostly the same vein – Murphy adding his second and the teams third shortly after half time, with an assured finish yet again. A spell of about ten minutes followed for the visitors where they really tried their best to get back into the game but it never seemed like it would materialise – this was despite Harry Morris latching onto a cross from the right wing and knocking it in at the far post (3-1). Their only other memorable chance of note fell to Jakob Burroughs who scooped it wide from inside the box with only Stewart to beat.

And that’s where any hopes of a comeback for Market Drayton were emphatically ended. Another memorable strike from James Murphy saw him come away with the match ball thanks to a delightful hattrick (4-1), and some wonderful work from Thompson down the right resulted in a well-controlled cross which was not properly dealt with and which was bundled across the line by debutant sub Kayle Power, who was obviously delighted (5-1).

The other two substitutes Jamie Rother and Jamie Rainford (who have struggled so far this season with injuries) put in some decent work themselves, and it was Rainford who added the 6th and the 7th to make it 7, (yes, 7) to 1. We all know the lad can finish, and although it has been a slow start for him so far, we know if we provide him with the chances, he will score more than he will miss.

Overall, a majestic performance (and a particularly scintillating one for match ball winner Murphy!), and a clear reminder to the entire NPL that when this Rammy side turns it on, they really can turn it on!

(Not so sure about wearing the away kit at home mind, I’m guessing the home shirts are still in the wash!)