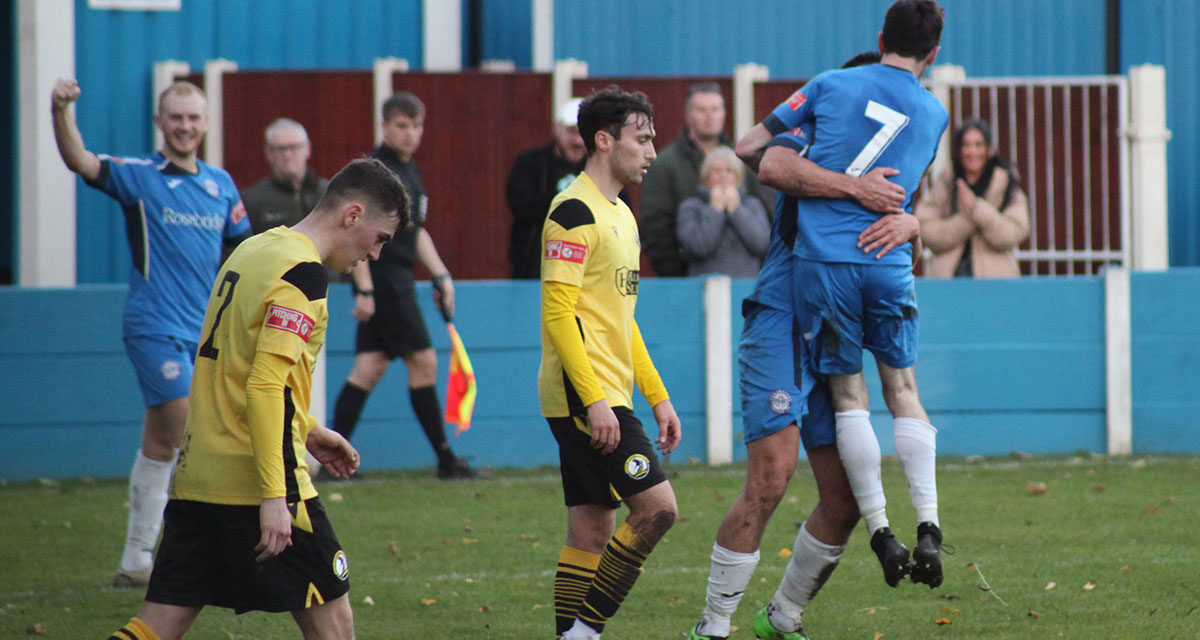 After a patchy recent run of results, the Rams desperately needed a win against a team lower than themselves in the league and who also had shown poor form lately.

It came as a blessing then that in the 7th minute a Jake Thompson cross from the right saw Jamie Rother heading home at the far post to snatch an early 1-0 lead.

Six minutes later, a Tom Kennedy cross from the left set up no.9 Hugo Rodriguez to blast a bullet-header into the back of the net to extend it to a two-goal lead.

However, Widnes showed fighting qualities when a passing move of their own left midfield dynamo Greg McCaragher with the simplest of tap-ins to reduce the arrears to 2-1 after 19 minutes.

With the Rams striving to re-assert themselves and skipper Tom Kennedy skilfully orchestrating play in midfield, the game remained uncomfortably in the balance.

Widnes proved particularly dangerous from corners. Slack marking too often presented them with goal opportunities. On such occasions, only smart reflex saves from Tom Stewart saved the home side from being pegged back to 2-all.

The run of play had become very even as the half wore on with the feeling developing that the next goal would prove vital. Fortunately, as far as the enthusiastic contingent of home supporters was concerned, it was to fall the way of the Rams.

Again, Jake Thompson, speeding down the right wing, delivered a perfect cross for John Murphy to rush in and jubilantly head home to restore the two-goal lead just before half-time.

There had been a strong sense of purpose to the Rams’ play during the first 45 minutes but somehow this failed to be maintained in the second half.

Whereas players had proved able to connect up well with one another before, the sense of cohesion again sadly went missing as it has done in too many games so far this season.

Despite Widnes not playing particularly well themselves, they gradually started to be creating more chances. Much too often for their liking, the home team again had cause to be grateful to keeper Stewart for last-ditch saves by way of preserving the two-goal lead.

A fair degree of niggle came into the game in the second half with the referee ending up issuing six yellow cards, three apiece to each team.

As the pattern of play became more fragmented, this tended to suit the away team. Similarly, Widnes derived greater benefit from the six substitutions, again three apiece, that were carried out during this period of time. One of the away team’s subs, Ryan Jennings reduced the deficit to 3-2 with a well-taken goal after 75 minutes.

Although Thompson was marked tightly in the second half and posed less threat than in the first, Murphy cut loose on a number of occasions down the left hand side. Tenacious on the ball, he held off defenders to fire shots in on goal which the Widnes keeper did well to parry to safety.

With ten minutes to go, the away side mounted a late challenge for an equaliser. The Rams were left now very much striving to hold on to their precarious one-goal lead as the last remaining seconds slowly ticked away.

When the final whistle came, the sense of relief was palpable, both on and off the pitch. What had initially looked to be something of a stroll in the park had ended up a much closer contest than it need have been.

However, in the final analysis, it was pleasing to all concerned at Rammy that the three points had duly been delivered to raise the club to 12th place ahead of next week’s home game against Kidsgrove Athletic. 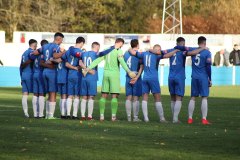 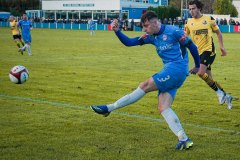 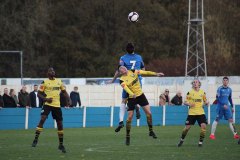 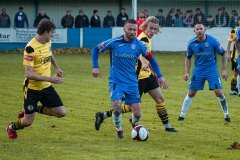 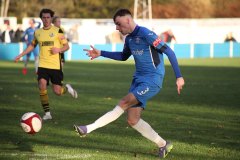 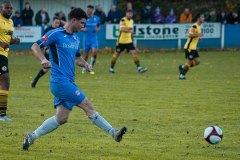 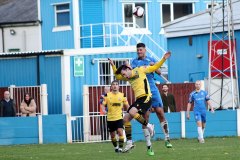 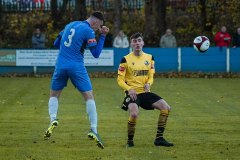 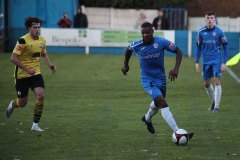 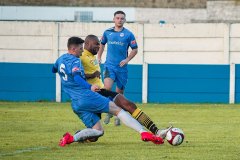 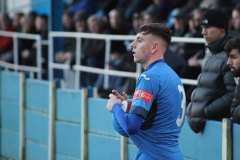 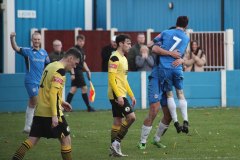 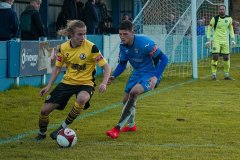 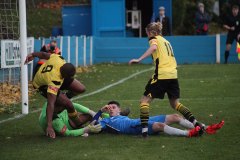 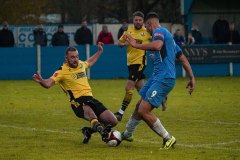 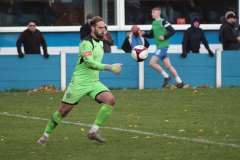 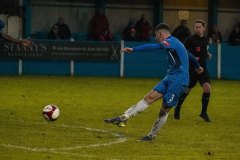 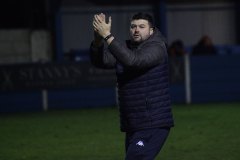