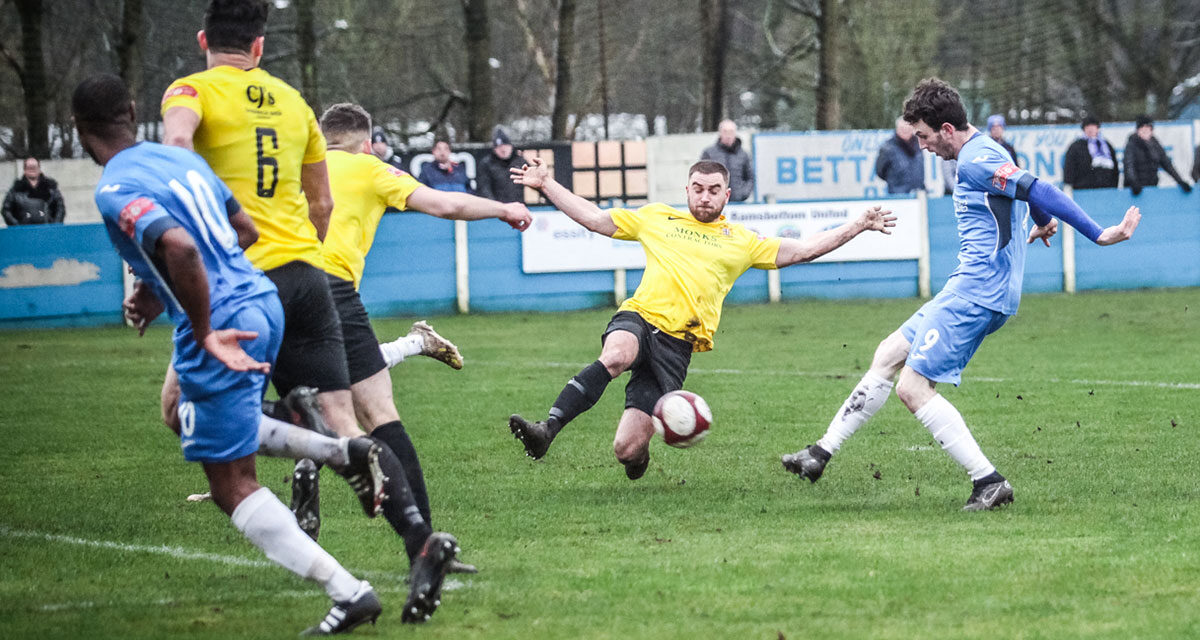 Following the midweek 1-0 defeat at Widnes, a match in which the team had largely outplayed the opposition, manager Lee Donafee kept faith with the same starting line-up for Saturday’s home match against play-off contenders Clitheroe.

With the visitors fielding no fewer than four ex-Ram players, the onus was on the Rams to put such factors to the back of mind and concentrate on taking the match to their opponents. Gladly, this was what they did. Playing a 4-4-2 pattern, John Murphy was accompanied up-front by Domaine Rouse. The duo paid off early when after 10 minutes, Rouse cut in from the left to deliver a cross which Murphy side-footed into the roof of the net to give the Rams a 1-0 lead.

Further pressure was exerted on the visitors’ goal with Owen Collinge being unlucky to see his header towards the far post hitting the underside of the bar but then bouncing safely out of harm’s way and sparing Clitheroe further blushes. Doing their best to fight back, the visitors’ best chance during the remainder of the first-half came from ex-Ram Richie Baker whose long-range shot was well saved by ‘January Player of the Month’ keeper Tom Stewart.

It has to be said that playing a 4-4-2 pattern served the Rams well not only in the first half but throughout the game. Recent signing Seydou Bamba and Luke Barlow combined well in central defence to contain the main opposition threat of Gonzales while full-backs Owen Collinge and skipper Tom Kennedy used every opportunity possible to overlap upfield. In central midfield, Jamie Rother and Eddie Cooper foraged tirelessly, revelling in the muddy conditions, whilst Godwin Abadaki and Aron Flemming concentrated on doing their business in broader wing positions. Having two men, John Murphy and Domaine Rouse, playing up-front proved much more effective a strategy than leaving a lone striker having to fend for himself.

Though the 1-0 lead at half-time was thoroughly deserved, Rammy’s second-half relapses this season naturally left many observers still wondering what might yet happen. In the event, such doubters needn’t have worried. Even so, Gonzales should have done better with a gilt-edged heading chance in front of goal only one minute into the second period of play.

After 62 minutes, following good work by Aron Flemming, a cross was floated in from the right which John Murphy met with a clever glancing header that evaded the keeper and slipped inside the far post to extend the lead to 2-nil.

Such was the euphoric level of response on the home team bench that manager Lee Donafee, rising out of his dug-out position forty metres away, couldn’t resist running on to the field of play and joining in team celebrations, the referee subsequently serving him a yellow card for his troubles.

Five minutes later, Domaine Rouse, advancing on the box, found himself one-on-one against a Clitheroe defender. Outpacing him, Rouse delivered a crisp left-foot shot from the edge of the box to leave the keeper no chance and open up an unassailable 3-goal lead.

With player substitutions starting to kick in, added drama unfolded when the referee incurred a hamstring injury, causing him to have to be substituted himself. With everything though now going Rammy’s way, the three points inevitably came their way.

Given just how well the Rams had played throughout, it still remains a puzzle as to how the team has managed to get into the position it is currently in, lying so near to the relegation zone. However, if they continue to play along the same tactical lines as they did to-day, greater things surely lie ahead. A home match next week against league leaders Workington will though provide a sterner test than a lack-lustre Clitheroe side offered. 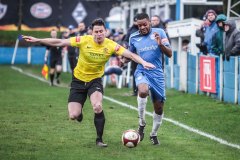 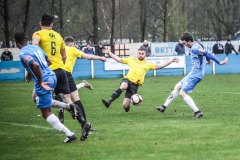 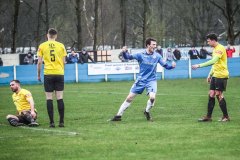 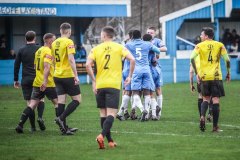 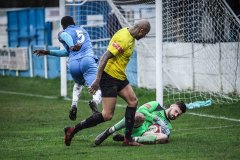 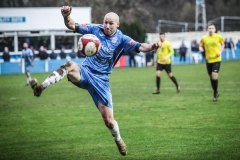 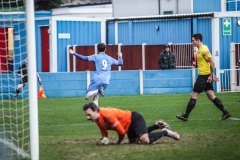 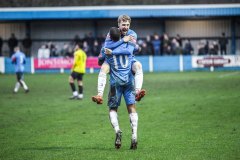 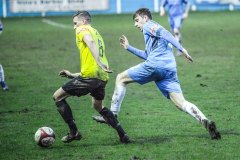 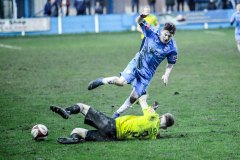 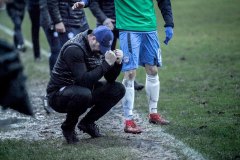