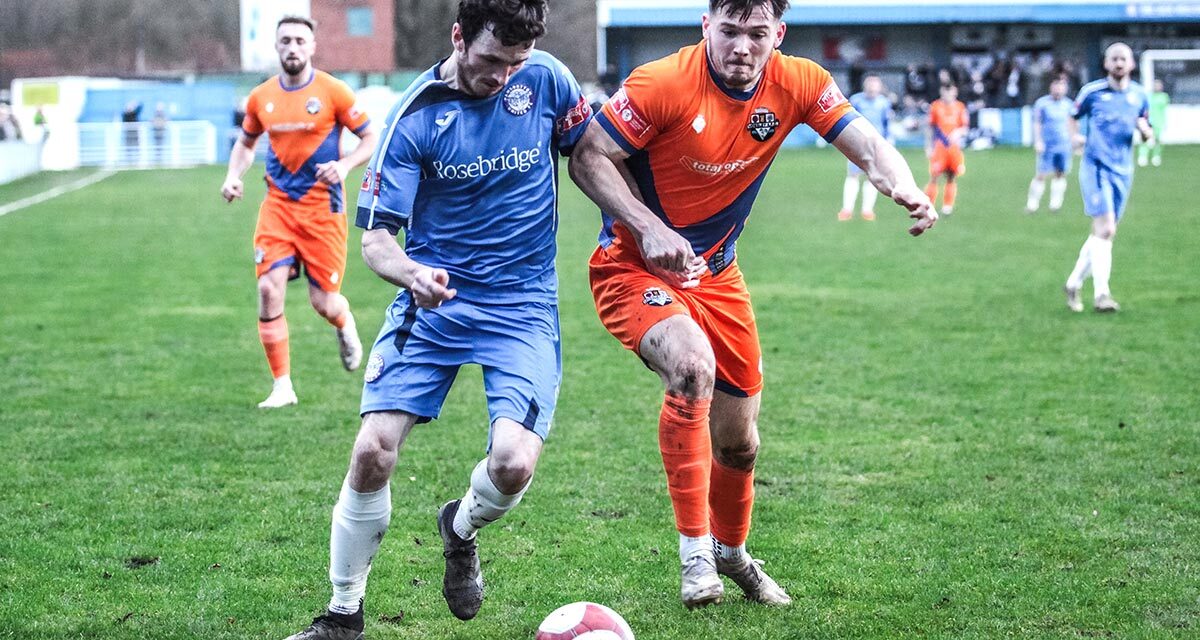 With visitors Mossley in the throes of a miserable run of six defeats and only one point gained from seven matches, there was every hope that the Rams could capitalise on the away team’s poor run of results with a victory in style at the start of the New Year.

The bumper crowd of 527, a home record attendance so far this season, arrived at the ground in buoyant mood, ready to give strong vocal support to the team’s efforts.

Sadly though, there was nothing much to cheer about. As if struggling to recover from the holiday festivities, the Rams showed a lethargic attitude and rarely got going in the first half. With the general pattern of play disjointed and lacking cohesion, the few chances there were fell the way of the visitors.

First, after 20 minutes, veteran Mossley skipper Andy Keogh cleverly switched play to send ex-Ram Mason Fawns through on goal on the right hand side. His shot was on target but palmed away to safety by keeper Tom Stewart. Then, returning the compliment, Fawns set Keogh up for a shot on goal which was only kept out following a brave dive at his feet by the Rams’ keeper. As for play at the other end, the closest the home team came to scoring was from a bizarre couple of misdirected headers from away defenders that could so easily have resulted in own goals. As it was, the score at half-time remained goalless.

Hoping that some greater sense of urgency might have been instilled into the side by management during the break the second half started with a continuing lack of purpose in the home team’s approach. There was no shortage of effort on the ball but the team played like a bunch of individuals unable to move forward as a unit and attack the opposition. As lone striker, John Murphy lacked support and Aaron Flemming was the only player from the starting line-up capable of offering any genuine wing-play dimension. Play was condensed and possession too easily lost.

Following an all too familiar pattern this season, an unnecessary amount of pressure then rebounded back on the defence. Inevitably, it was only a matter of time before the opposition took advantage of the Rams’ various frustrations. The moment duly arrived after 54 minutes when, with the home defence pulled apart down the right-hand side, Keogh found himself unmarked on the edge of the goal-area. Taking advantage of a well-flighted cross, he planted a firm downward header beyond Stewart’s grasp to put the visitors 1-0 up.

It was only now that the Rams seemed galvanised into raising their game and looking to construct passing moves. However, it was from a Tom Kennedy free kick that the ball fell to December ‘player of the month’ Domaine Rouse who wasted no time in drilling a low shot inside the right hand post to level the score at 1-1 after 65 minutes.

At this point, the hope was that the Rams would generate further momentum and set their stall out to win the game. It was not to be though. Heads went down again and the energy seemed to drain out of legs from this point. Appearing to rest on their laurels, the visitors were allowed to seize back the initiative.

During the course of six substitutions made during the second half, it was Mossley’s no. 16, Jack Bannister, who clinched victory for the visitors with eleven minutes of the match to go on the clock. Following an excellent one-two passing movement down Rammy’s right flank, Bannister finished by driving a stinging left-foot shot across the face of keeper Stewart into the far corner of the net, restoring the visitors’ one-goal lead.

With the home team showing no real sense of urgency to close the gap in the last few minutes, the game finished at the final whistle with Mossley elated at winning a match for the first time in a long time. On the balance of play, the victory had been deserved. For the Rams, the outcome left them rooted in the bottom half of the league table, with sterner-looking tests in front of them as the New Year unfolds. 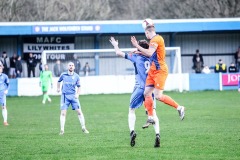 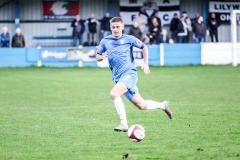 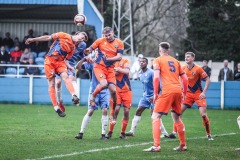 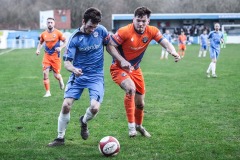 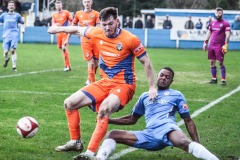 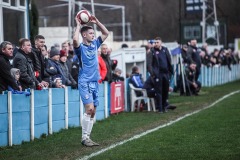 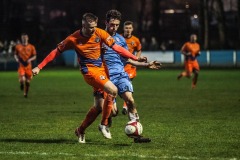 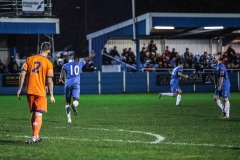 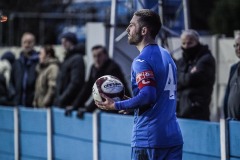