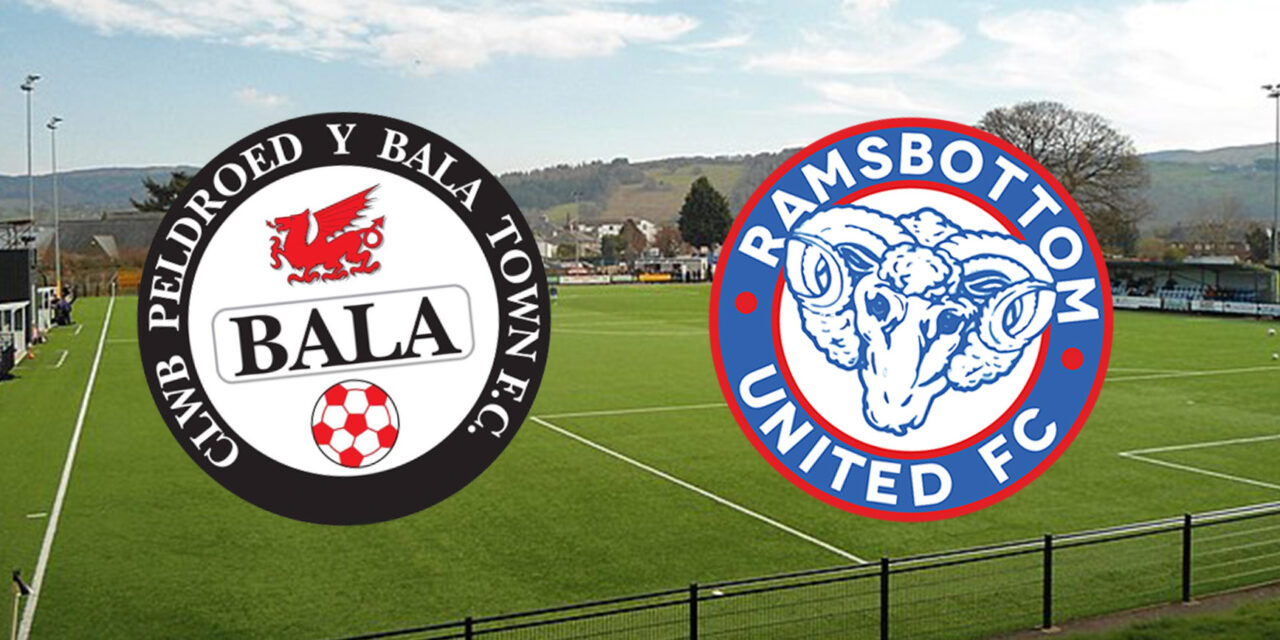 TICKETS:
Pay on the gate at Bala Town FC. Exact change only please. Adults £5, Under 16s £1

OVERVIEW:
Its time for the Rams to go international as a trip into deepest mid-North Wales awaits Lee Donafee’s side on Saturday – and it will be one of the tougher pre-season encounters that we will play.

Bala Town have already been in competitive action this season, sadly being knocked out of the UEFA Conference League at the first qualifying round, going down 2-0 on aggregate to Northern Ireland outfit Larne. But a third place finish in the Cymru Premier table last season, behind Welsh football powerhouses Connah’s Quay and The New Saints shows their class and this match for the Rams will be a tough test on the western edge of the Snowdonia National Park.

The game will be played on a 3G surface and promises to be a great day out at a beautiful looking stadium. One really not to be missed as we edge closer to our first league game, just two weeks away.

Just a reminder that, with Welsh Government Covid restrictions in place, there is still a requirement for social distancing and ‘Track and Trace’ plus you will need to correct entrance fee – as the entrance staff are not permitted to give change.

HISTORY:
This will be a first for the Rams, playing against Bala Town. We have played in North Wales on a few occasions, including against Airbus UK Broughton, Denbigh Town, Flint Town United and Prestatyn Town in pre-season action.

It is always a really great day out and some have described it as a ‘mini tour’ but, you will need to watch out for pasty eating seagulls, as was the case at Colwyn Bay when they were in our Northern Premier League divisions over the years!

Clwb Pêl-droed y Bala or The Lakesiders as they are known, were formed in 1880 and have been regulars in the early stages of UEFA Europa League for seven of the last nine years, making the second qualifying round in 2020/21 before going down 2-0 to Standard Liege, the 10-time Belgian champions! Twice runners-up in the Welsh Premier League in 2014/15 and 2015/16 and Welsh Cup winners in 2016/17, defeating The New Saints in the Final.

TEAM NEWS:
The Rams are likely to travel with a pretty much full strength side, save for the injured Khalil Osi-Efa and the absent Richie Baker. Tom Kennedy is back in the squad having missed the last game but recently announced retentions Eddie Cooper and Jamie Rother are both included.

Manager Lee Donafee admitted that this is probably their toughest game in pre-season. “It will be a good, tough test for us but will give us a change to have a look at the lads who need minutes.

“This game will show the standard that we are out, given that they may be fitter than us having played in the UEFA Conference League qualifiers already this month. It will be a good test for us, myself included.”

This will be another good opportunity for Jake Thompson, who is one of eleven players that the Rams have signed already this season. He has been in great form in pre-season and has impressed, as has Regan Jarrett, who is back with the Rams following a handful of loan spells away. Also included are Morgan Moreland, Danny O’Brien and Domaine Rouse while the new manager was delighted to have unveiled an exciting young signing in Liverpudlian Tom Glover.

“Tom is a hungry young lad that will develop and he will only get better with chances.”

IF YOU CAN’T MAKE IT!
If you are unable to make the trip to Bala on Saturday but still need a football fix, they get yourself down to the Harry Williams Riverside Stadium where the future of Ramsbottom United will be battling it out, with a game between the Academy and the Development side. Kick-off is at 3pm and it will be a hotly contested game, but a glimpse into what the Rams have in their lockers, ready to take the prestigious blue shirt in years to come.