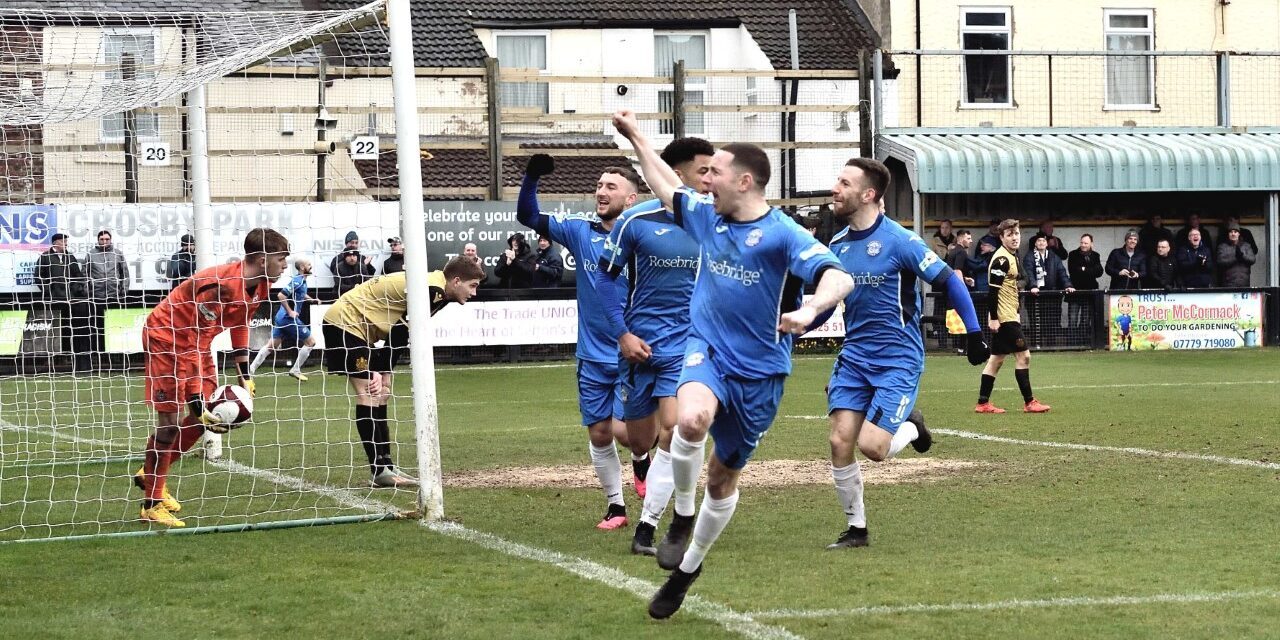 Saturday 14th March 2020. The Rams had lost just one of their last 17 league games and were sat menacingly in second place with games in hand over leaders Workington at the top of the Bet Victor NPL Division One North-West.

Our next match, one year ago today, would see the Rams travel to third-placed Marine for a game that everyone knew was crucial if Chris Willcock’s men were to maintain their promotion ambition.

So it was vital that the Rams picked up the result against the potential promotion rivals on Merseyside to keep up the pressure on the Cumbrian league leaders.

“It was a massive game,” said club stalwart Jamie Rother. “We were hitting form at the right time and it was really between us, Workington and Marine. And with a big crowd on, it added to the occasion of it being an important game.”

However, in the background, was something much more serious than a game of football at non-league step four.

364 new cases of COVID-19 had been announced in the UK, taking the total of confirmed cases to 1,140. The global death toll had reached 5,789 – which included ‘just’ 21 in this country but that number had been doubled in the last 24 hours.

The United States had announced they were extending its travel ban to the UK and Ireland and the World Health Organisation commented that Europe had become the epicenter of this concerning global pandemic.

For the time being though, life went on and 677 spectators piled into the Marine Travel Arena – a ground that was to become universally known some months later as our league rivals welcomed Tottenham Hotspur in round three of the FA Cup in January!

In a very tight game, neither side was giving much away and the goalkeepers had little to do as the defences held firm.

Marine had a huge shout for a penalty when Niall Cummins was caught by Kelvin Lugsden but the referee waved away their appeals and it could have been the visitors going into half-time with a lead when Iyrwah Gooden had his chance cleared.

The second half was much brighter but still neither side could find a way through although Gooden was one-on-one with the keeper but saw his effort cleared off the line and the Rams continued to press hard – Baker and Jerome both having good opportunities.

On 82 minutes, Josh Hmami was replaced by Jamie Rother.

Here’s Jamie … “I had had a tough year injury wise and had not played so I kind of thought that I would get about 10 minutes or so at the end, just to get some time.

“This was my first time on the pitch for about six weeks and I wasn’t fully fit but I had to come on and give it a go. I played myself into it for the first five minutes.”

With just three minutes left, the ball was worked to the by-line where Eddie Cooper cut the ball back and found Rother. “I remember it being a great move. Everything about the build up to the goal was brilliant and that ball that Eddie played in was perfect. I didn’t have to do much.”

What he did do was burst the net, right in front of the large Rammy following behind the Marine goal. “To do it in front of the Rammy fans – what a moment! The management came running down the touch line, the lads went wild, it was incredible.”

The Rams held out to secure a crucial, monumental three points and the post-match celebrations on the pitch, down in front of the supporters will always be remembered.

But there was already a deep rooted feeling among the players, the management and the supporters that that might be it.

“At the start of the game, we knew that lockdown was coming and this was the first game that we had to bring our own waterbottles and hand sanitisers and things like that.

“We met for a drink in the bar afterwards and there was just this resignation that it could be the last time we play.

“As a team, we seriously fancied ourselves to go on and win the league. We had lost just once in the last 18 games – that disappointing defeat midweek at Dunston – but we bounced straight back after that to beat Workington 2-0 and that showed the mettle the side had.”

Just two days later, The Northern Premier League decided to suspend all fixtures, starting with our home match with Kendal Town scheduled for the Tuesday evening.

Within 12 days of Rother’s memorable late strike, the season was officially ended on 26th March. The UK death toll, was just was 21 when the Marine game was played was now at 578.

And, by the letter of the NPL statement, that goal along with every goal in that terrific season so desperately curtailed, was to be expunged from the records like they never happened.

That 2019/20 season will be one that is remembered for some outstanding football but more likely to be remembered for being that missed opportunity to secure promotion. Small fry in the larger scheme of things naturally but still, disappointing to be denied.

A lot has happened in the space of a year and hopefully every Rammy fan is coming out of it the other side because “we can’t wait to get started again”, adds Jamie. 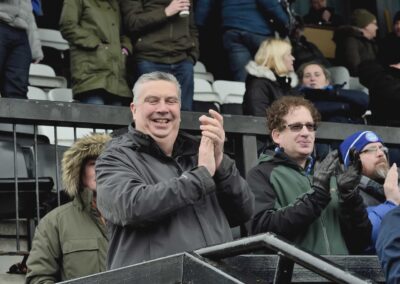 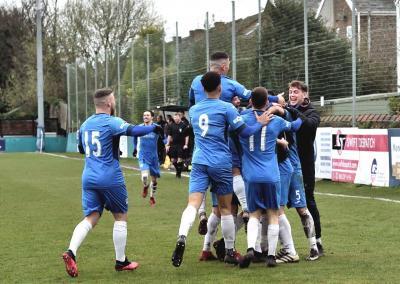 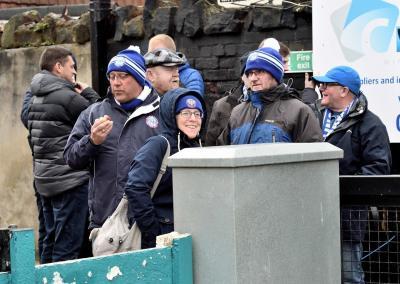 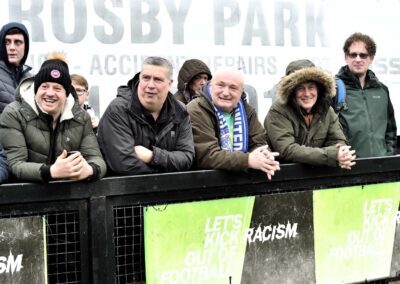 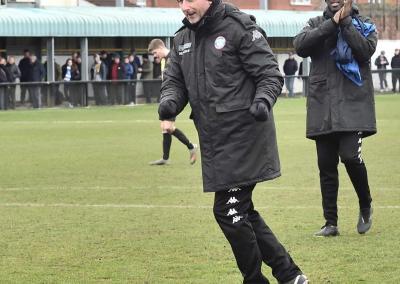 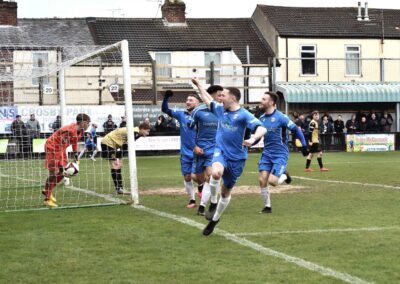