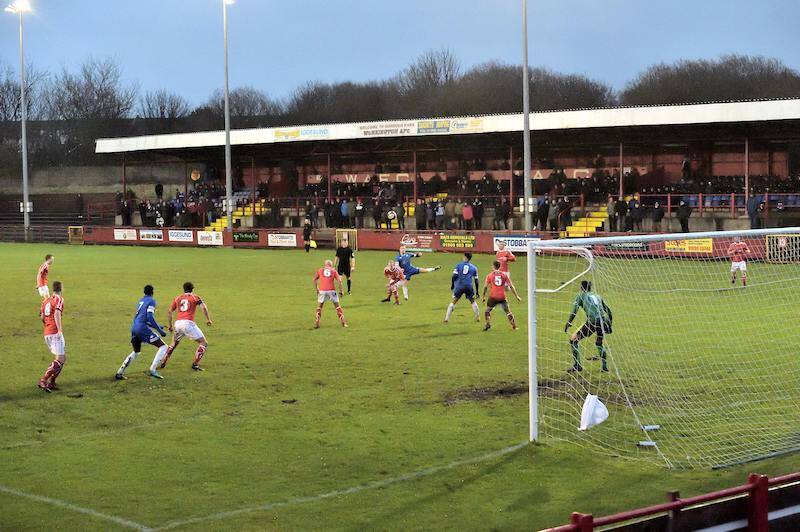 Having finally taken a break from knock-out action for a couple of weeks, the Rams headed up to a wet and wild Workington for the first round proper of the FA Trophy on this day, Saturday 15th December 2018.

It had been unlucky 13 for manager Chris Willcock, who had suffered his first defeat in charge of the Rams a fortnight earlier in his 13th game as we went down 3-2 at home to Runcorn Linnets in the league but bounced back with a 2-0 success at Kidsgrove Athletic.

But it was back to Cup action once again and for the fifth consecutive time in this season’s competition, it started on the road.

They were forced into a couple of changes from the Kidsgrove victory with Ruben Jerome and Simon Woodford coming in for the cup tied Jamie Rainford and the unavailable Kelvin Lugsden.

With the blustery wind rushing in off the Solway Firth at the backs of the home side giving them the early advantage, both sides were finding it hard to put anything worthy of note together.

Workington just about edged the early possession with the game being played predominantly in the midfield but free flowing football wasn’t really the order of the day given the conditions.

The Reds were beginning to put some attacks together as the clock ticked around the half-hour but keeper Sam Ashton would be largely untroubled with the defence doing the jobs to limit the only effort from Cowperthwaite that flew well wide of the goal.

With the weather getting worse and the rain slicing diagonally, the Rams had their first effort when Nic Evangelinos rushed towards the edge of the Workington box but his shot failed to test Taylor in the home goal.

40 minutes gone and neither keeper had been put into serious action although Nialle Rodney’s shot was well blocked by an outstretched leg of a Reds defender and the half-time whistle came with the scoreboard untroubled.

With the wind at their backs, the Rams began the second half with some purpose and had the best chance of the game when Evangelinos found himself advancing on goal after Taylor’s goal kick held up in the wind but the winger’s effort was smothered by the relieved keeper.

Moments later, Jamie Rother connected with Evangelinos’ run but the defence held firm as the Rams continued to challenge with the wind advantage.

The increasingly heavy pitch was certainly impinging any good football and it was either going to be some sort of error or a moment of brilliance that was going to settle this superb cup tie.

Just 15 minutes were left to play, the travelling Rammy faithful held their breath as Evangelinos struck a sweetly timed free-kick after Anthony Donaldson had been upended. It was heading for the corner of the net before Taylor’s finger tips edged it onto the outside of the post and out of danger.

If there was going to be a winner, it was likely to be the Rams to continue their magnificent run of ten away games without defeat in all competitions and they saw out the remaining time to extend that record and force yet another replay – the third in a row!

The Rams had clocked up 950 miles so far on this incredible FA Trophy journey and were in the hat for the very first time in their 52-year history for Round 2 – but would have to deal with a home replay first.

Match number seven of this FA Trophy run. Match number eight in just a couple of days time …. was it too early to be dreaming of a ‘Grand Day Out’?

Thanks to Frank Crook for the photos. 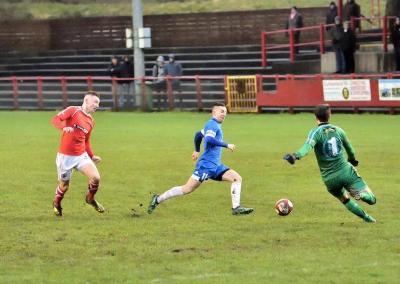 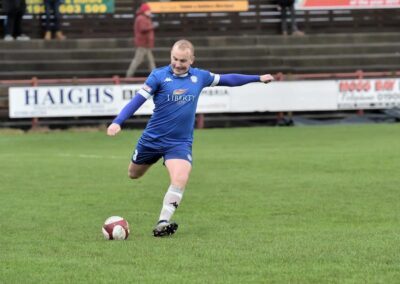 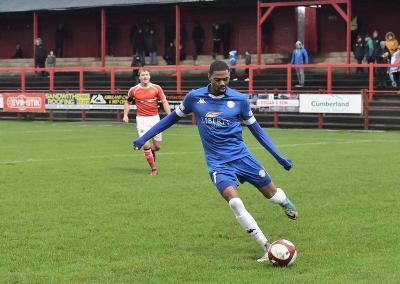 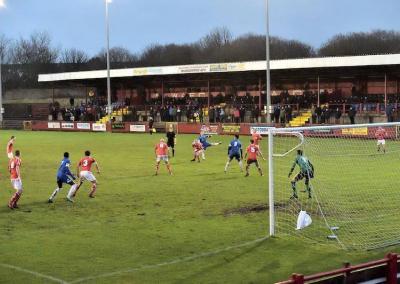 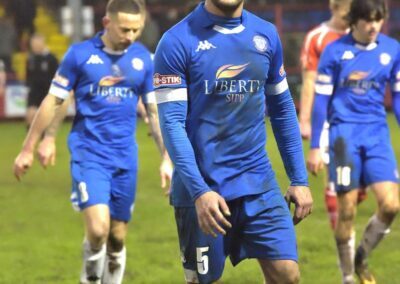 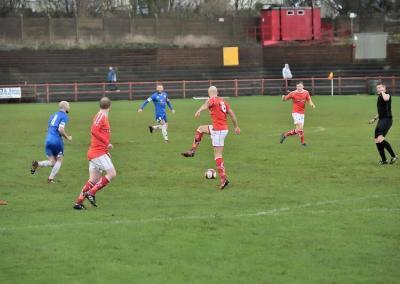 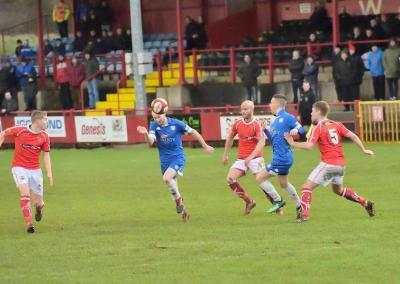 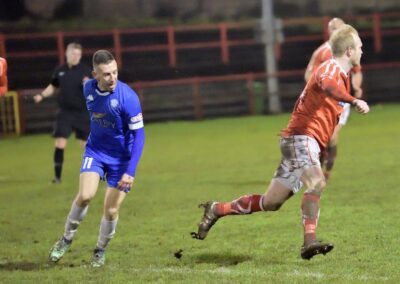 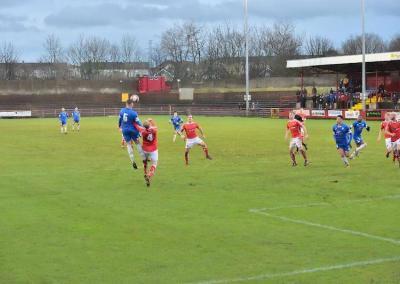 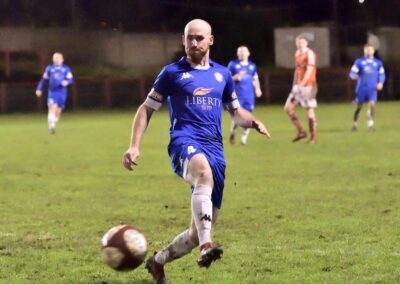 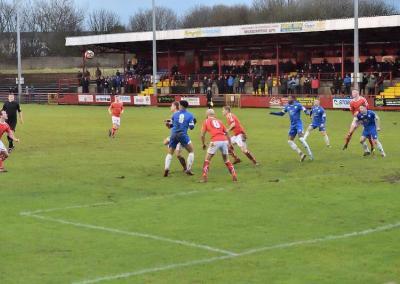 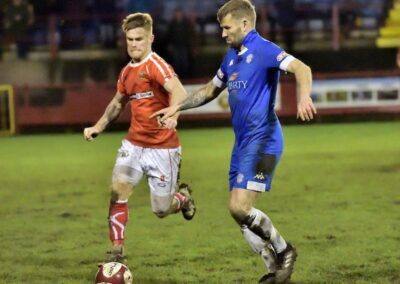 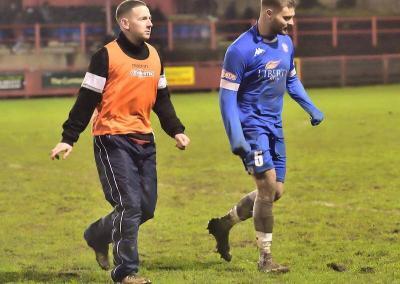