BE AFRAID. BE VERY AFRAID… 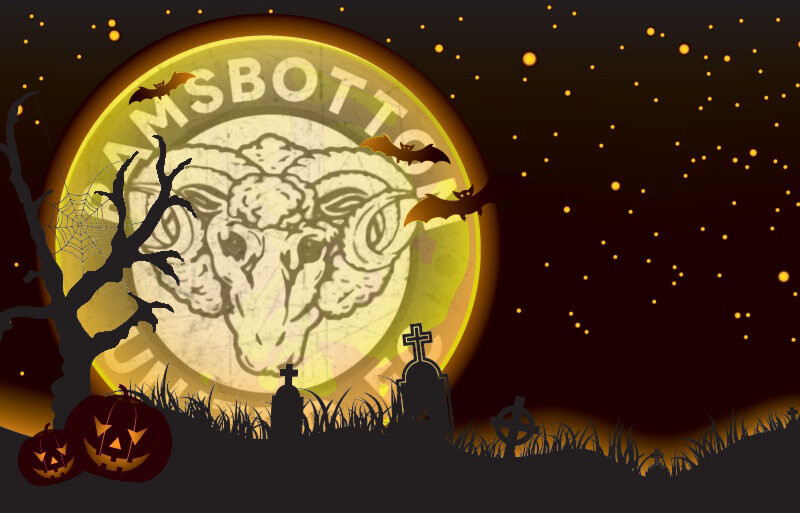 …of Ramsbottom United Football Club on ‘The Day of the Dead’.

With today being Halloween, we take a look back at the devilishly ghoulish (or should that be goal-ish) goings on by the river on the 31st October over the years.

It has been a date that has given Rammy’s opponents nightmares and their goalkeepers sleepless nights as we have scored a total of 16 goals and secured four wins in the five matches played, with just a solitary draw.

So there have been very few tricks for the Rams, only treats for the players and the supporters alike.

Maybe surprisingly though, of those five games, only two of them were league games – and they came 22 years apart – the first in 1998 and the second last year in 2020, a game which turned out to be the death knell for that particular season.

The first league game was in 1998 in the North West Counties League and strikes from Steve Orrell, Danny Goodall, Mike Langhorn and Russell Brierley saw off Cheadle Town 4-2, which was a much needed outing for Ken Bridge’s side having sat without a game for two weeks after the Southport FA Cup qualifying game which saw a then record crowd at the Riverside.

Having said that there were no tricks, there have been a few scary moments along the way!

In the North West Counties League Cup second round game at home to Congleton Town in 2009, it was the Rams who were spooked initially as the visitors eased into a 3-1 lead just before half-time and the hosts were forced into two substitutions before the first half was out with Lee Connell and George Bowyer both making way.

Thankfully, Andrew Sensale struck twice after Bernard Morley has levelled the scores with Sarly’s 86th minute winner ensuring there were no terrors in the dressing room afterwards!

The only game that we didn’t win at Halloween was the FA Trophy first qualifying round game away at Ashton United in 2015 – this draw did eventually lead to the longest penalty shoot-out in the club’s history on the following Tuesday night.

Oldham Athletic loanee Jordan Bove opened the scoring before Jason Gorton responded for the hosts. It was to-and-fro stuff so when Shelton Payne – he of the many clubs – gave us the lead once more, excitement built. It was short lived as Martin Pilkington levelled again six minutes later and that’s how it ended, 2-2.

The fourth of the five games turned out to be one that went deep into the evening and beyond the witching hour… and it was our very own ‘Wizard’ who cast the spell to vanquish Shaw Lane at the HWRS in the FA Trophy Round 1 qualifying replay.

It was looking like an early night as Paul Clayton’s 15th minute goal for the visitors held sway. That was until Sam Heathcote hit the target with seven minutes left to extend the contest into extra-time.

As the mist rolled down The Rake – possibly – Jerome Wright broke Shaw Lane’s resistance with two goals in the second period of added time before Phil Dean – ‘Wiz’ to everyone – sealed our place in the next round where we would crash out to a Jordan Hulme inspired Altrincham 4-1.

And that leaves the match exactly a year ago today against Prescot Cables. With the spectre of another lockdown dominating the news, little did we know at the time that the bells would peel to mark the end of a second successive deceased season.

With time starting to run out, Kyle Harrison made sure the home side took all of the sweet treats as he hammered home the winner with just four minutes left on the clock to send the Rammy fans into the night happy.

As you can see, it has certainly not been stories of bad tidings and monsters at the gates (no, not Harry!), just tales of Rams sacrificing opponents… sort of!