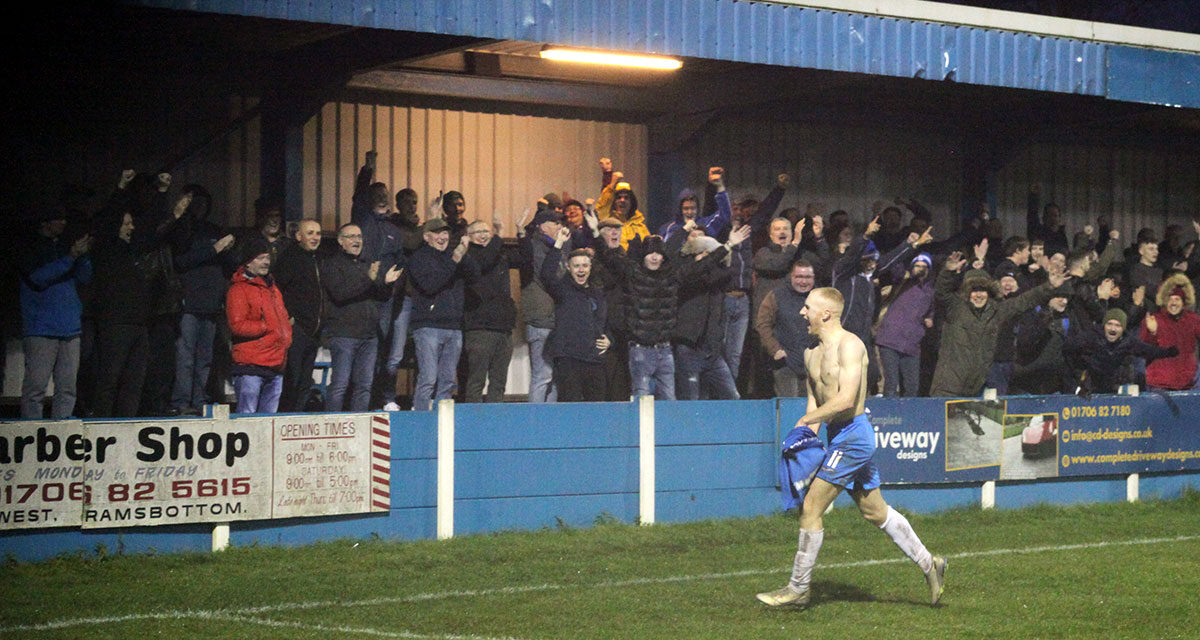 Given the high number of different players used so far this season, it felt reassuring that manager Lee Donafee showed faith in the team that beat Widnes last week, fielding the same line-up again for this match against Kidsgrove Athletic, a side sitting just above the Rams in the league table at the start of play.

The manager’s decision paid off immediately. Playing an attacking brand of football from the start, the home team had swept into a two-goal lead within 25 minutes.

For the first goal, midfielder Domaine Rouse quickly latched on to a knock-on header from target-man Hugo Rodriguez to lob the keeper from short distance, making it 1-0 after 8 minutes.

Then, after the away team goalie had made a rash dash out of the penalty-area, the ball fell to Rouse who calmly slotted the ball back towards the empty net from fully forty yards out. Despite the keeper trying to recover his ground, the ball picked up speed on the wet surface to cross the line before his despairing lunge could salvage the situation.

Just like the week before, a 2-nil lead today did not prove comfortable enough to be able to sit back on. Only three minutes later, after 28 minutes, defensive complacency allowed Kidsgrove back into the game.

The visitors’ captain and record club goalscorer, Anthony Malbon, was given all the time he needed to take aim and swerve a shot inside the far post to reduce the arrears to 2-1.

From everything going the home team’s way, the momentum was suddenly swinging the way of the luminous-shirted visitors. The way things were now developing seemed like a carbon copy of the pattern of play from the match a week ago. Half-time arrived though without addition to the score.

The second half needed far more sense of purpose than the Rams seemed prepared to put into the game at this stage. Instead, the away team was allowed to call the tune and, despite a string of last-ditch saves from ever-dependable keeper Tom Stewart, an equaliser always seemed on the cards.

Coming on the back of a controversial refereeing decision given against a Rams’ defender for pushing in the box, Kidsgrove’s John Johnston coolly converted the resultant spot-kick to level the score at 2-2 after 75 minutes.

With Kidsgrove appearing to dominate the game now, it felt as if the best the Rams could hope for was a draw. Then, completely against the run of play, a stroke of good fortune came their way after 81 minutes.

A speculative, over-hit pass upfield seemed as if it had been safely collected by the keeper only for the ball somehow to squirm free of his grasp. Rolling invitingly into the path of a grateful Jake Thompson, he was left with little more than a tap-in to make it 3-2. Such were the wild celebrations after this goal that it took a good couple of minutes for the game to resume. Emerging bare-chested from a jubilant melee of players, Thompson was booked before finally getting his shirt back on.

The impact of today’s result was that it enabled the Rams to leap-frog over today’s adversaries in the league table, pushing them up in fact from 12th to 9th place. Back now into the top half of the table, it is hoped that the team can achieve another good result in their away match next week against Warrington Rylands, currently 4th placed. 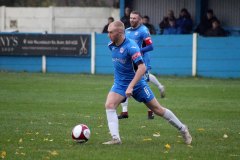 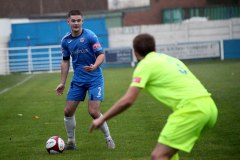 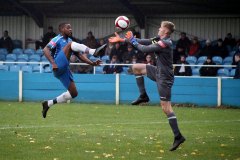 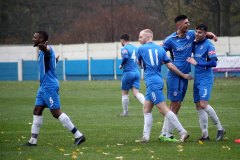 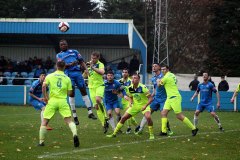 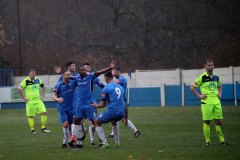 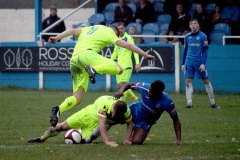 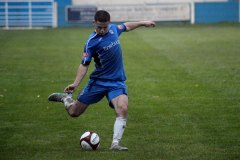 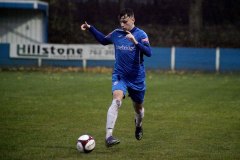 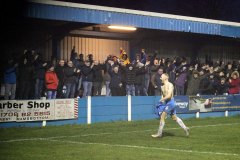 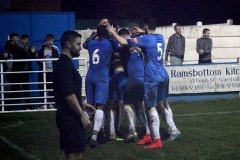