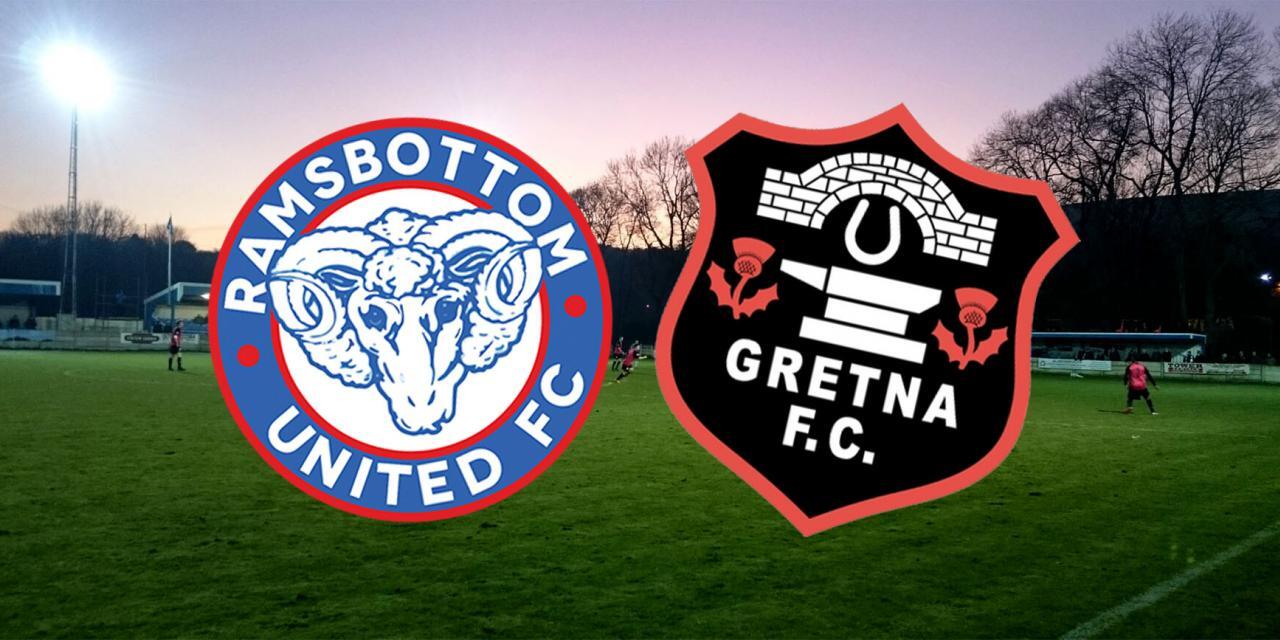 At the start of the 2000/01, the Rams were paired in the first qualifying round of the FA Cup with a club that had played in non-league football for over 50 years but it was their move just two years later in the Scottish Leagues and subsequent demise in 2008 that made them the story of the footballing world.

Our meetings with Gretna in September 2000, while they were in the Northern Premier League Division One – and finished 16th that season – was the only time we would meet the club from Raydale Park. The original game finished 0-0, forcing them down to The Riverside the following Tuesday night for the replay. Here is the report, as printed in the Lancashire Telegraph.

RAMSBOTTOM booked a trip to Goole in the first qualifying round of the FA Cup after an eventful game against Gretna.

The Rams got an early boost when a Dave Yorke-Robinson shot in the sixth minute proved too hot for Steve Pape to handle and Russell Brierley pounced to fire in the rebound.

That prompted Ramsbottom’s best spell of the season so far, highlighted by a Darren Bowman 25-yard free-kick being tipped over for a corner, a left footer from the same player whistling inches past a post and a Danny Goodall cross shot that wasn’t far away.

In the 25th minute, Dave Roach lost out in a challenge with Dave Mawson, who went clear to score with a low shot into the bottom corner.

That came very much against the run of play. Then, in the 30th minute, an appalling challenge on Yorke-Robinson left him in a heap after the ball had travelled some 30 yards after the Ramsbottom player had passed it.

Goodall tried to act as peacemaker, but although the Gretna player received a yellow card, Goodall was sent off for violent conduct, despite not one punch being thrown.

Despite being down to ten men, Mark Heyes hit a screamer of a shot with his left foot into the far top corner in the 41st minute.

Keith Nield turned a Mark Dobie shot over the bar in the 45th minute to keep Ramsbottom in front at the break.

A Russ Brierley cross went across the face of the goal early in the second half before Gretna forced a couple of corners.

But the outstanding Mike Smith, Neil Wallace and the rest of the defence kept Gretna at bay.

One Smith tackle on Mawson was absolute perfection in its timing and execution.

In the 76th minute Heyes crossed delightfully to the back post and Russell Brierley ran in to head home a cracking third goal.

Gretna didn’t look like coming back from that until referee Paul Kershaw from Salford made an amazing decision that could have really turned the game round.

As Neil Wallace shaped to take a free-kick 12 yards inside his own half after Gretna had been caught offside, Kershaw booked him for time-wasting and then awarded a free-kick to Gretna.

That was taken and Matt Henderson got a vital touch to put Gretna right back in it with three minutes to go.

Ramsbottom managed to hold on and avoid a defeat that would have been even more of a disgrace than last season’s fiasco involving Fleetwood Freeport and a banned player in the same competition.