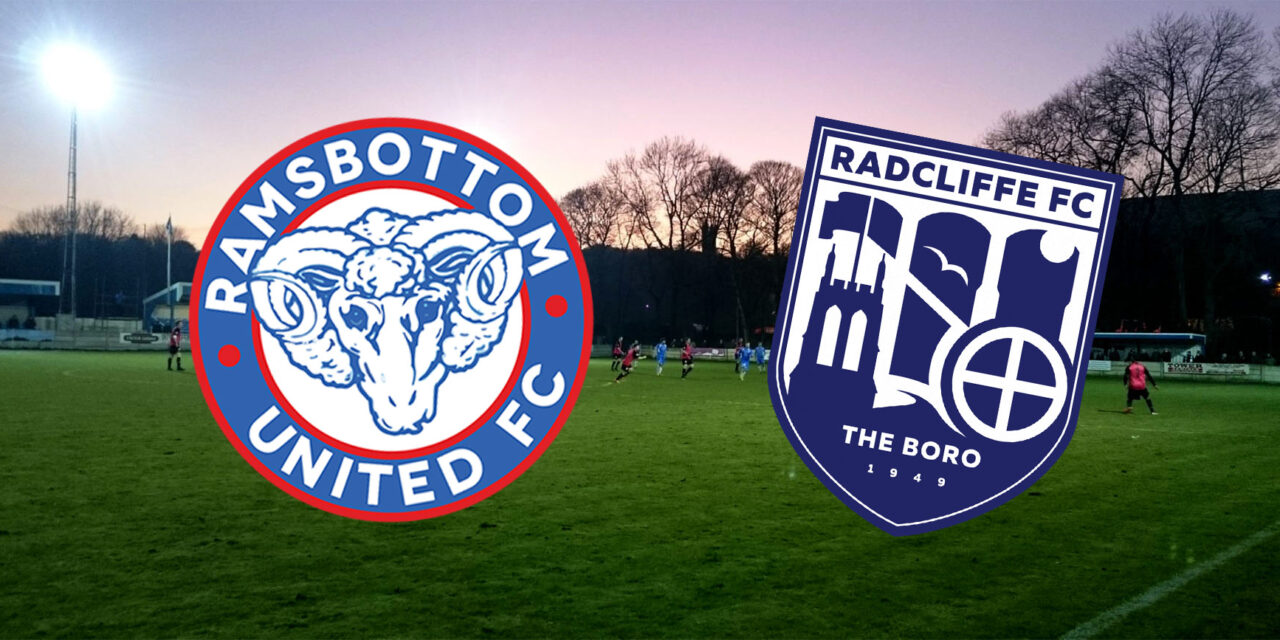 OVERVIEW:
It is the final pre-season game of the season and it is always nice to welcome old friends and local rivals in equal measure as Radcliffe make the eight mile journey across to the Harry Williams Riverside Stadium.

Today is the final chance for Lee Donafee to put his team in order ahead of the league season commencing next Saturday but, as you will see from the team news section, this is proving to be quite a challenge.

The challenge today comes in the shape of the NPL Premier Division side, who knocked the Rams out of the play-offs in 2018/19 and have enjoyed a good spell in the top league – despite, of course, the two null and void years.

And a good crowd is hoped for as these two local sides go head-to-head for the first time since the last pre-season game of August 2020 ahead of a very short season.

HISTORY:
It is probably a little bit surprising that the history between the Rams and the Borough only really started on New Years Day 2013 in the semi-professional era when our paths crossed for the first time in the NPL Division 1 North.

What is probably more surprising is that the Rams are undefeated in games played against Radcliffe at the Harry Williams Riverside Stadium, scoring 20 goals to the Borough’s 3 across the five games played.

However, the last competitive game between the sides was the 2019 play-off semi-final when goals from Scott Metcalfe, Tunde Owolabi and Ben Wharton gave the home side a 3-0 victory, which was lead them to the final and subsequent promotion.

In the NPL Division 1 West 2018/19 season, the Rams won 2-1 thanks to goals from Jamie Rainford and Tom Kennedy that cancelled out Wharton’s early effort while the sides played out a 0-0 draw just a week before the play-off game.

TEAM NEWS:
It has not been an easy couple of weeks for newly installed manager Lee Donafee. After recording a solid 2-0 win over Bury AFC, he has seen his side concede nine goals and score only two in reply in the next two at Bala Town and Liversedge.

He is looking forward to another home game though – and meeting the supporters afterwards alongside the players – but he is once again hamstrung by crippling unavailability due to holidays, work commitments and a touch of Covid-related absences.

But he refused to use this as an excuse and admits they will look to get what they can from this game.

“I reckon we had about 80% of the squad available for the Bury AFC game but, since then, we have been right down to 40% with quite a lot of players away for various reasons. For the Radcliffe game, players like Jamie Rother and Richie Baker are both away while Jamie Rainford has a slight knock so we will see how he shapes up.

“It is not ideal and it has been a tough couple of weeks as we try and get ourselves ready for the City of Liverpool game next week. But it would have been the same whether it was me in charge, Chris in charge or Jose Mourinho in charge – but we have to get on with it.

“I am frustrated inside because I want us to field our strongest side but it is also an opportunity for lads to show what they can do, including young Owen Collinge, who we signed during the week and I am going to give a start to today – he deserves it. He has been superb in pre-season and I want to see what he can do against a good Radcliffe side.”

He has been dealt a huge blow to his plans though as Nic Evangelinos, who had been with the Rams throughout pre-season, has been snapped up by former manager Chris Willcock at Workington. “Nic is a special talent and has done a lot for the club but he has gone to Workington to join up with Chris, which is really disappointing for us as he has been terrific but we have to move on.

“We will have to see how things go today but it is not ideal. But we will be ready for next Saturday when the real Ramsbottom United will turn up.”