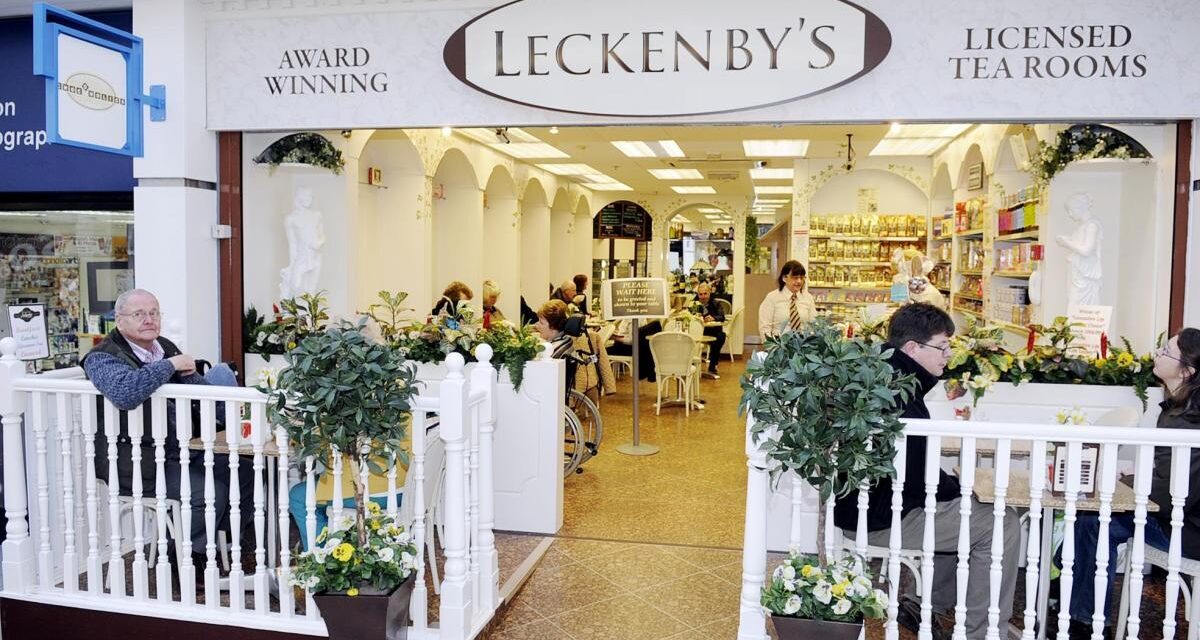 Leckenby’s Award-Winning Tearoom in the Mill Gate centre in Bury received a mention in Parliament on Tuesday (23rd Feb).

Taking part in the debate following the announcement by Boris Johnson of the easing of the lockdown, James Daly praised the support already offered to businesses and individuals so far, but having been contacted by Leckenby’s, pointed out the hardship still to be overcome before the hospitality returns on 17th May.

In parliament, Mr Daly commented “Businesses who have been required to close under restrictions, continue to receive monthly payments with the Local Restrictions Grant.

“With the Prime Minister’s announcement yesterday, the roadmap out of lockdown, I have been contacted by a number of businesses across my constituency towns of Bury, Ramsbottom and Tottington, who are going to be amongst the last to open.

“Even with the generous support package I have outlined, many businesses need further financial help to survive in the next months and be in a position to benefit from the positive trading conditions that I am sure will result when lockdown ends.

“Under step two of the roadmap, hospitality will be able to operate an indoor service in eighty-three day’s time, at the earliest, therefore this sector which has been so badly impacted by the pandemic, needs help now.

“In my constituency of Bury North, there are a number of businesses such as the absolutely fantastic Leckenby’s Tearoom that simply do not have outside space.

“They must not be left to struggle while other businesses who are fortunate enough to have outdoor seating are able to operate and I hope this will be addressed now the road map has been announced.”

Business owner Jean Leckenby was appreciative of the support of Mr. Daly.

“I did contact my MP to inform him of the concerns, not only of Leckenby’s Tearoom, but also other businesses and individuals who are still struggling to survive the lock-down despite the help from the Government.

“Although the furlough payments have allowed us to keep hold of our staff, who are as desperate as we are to re-open, the other grants have just not covered our other overheads. We certainly need more support between now and when we finally open the doors again.

“As it is, every week we are closed sees the business losing more money. By the time we are allowed to re-open in May, we will have traded for just twelve weeks out of sixty-two, which is frustrating for not only ourselves, but our customers.

“I still hope that with the reduction in reported cases and the excellent vaccination success, the Government will bring our re-opening date forward.

“The Government appears to relying so much on “the facts” yet seems to ignore “the fact” that the hospitality industry has had one of the lowest rates of transmission, with all the safeguards that have been introduced.

“We tracked and traced thousands of customers during the weeks we were allowed to open, yet not one has come back to us, which seems to prove the point.

“I hope Mr. Daly’s contribution to the debate will have a positive impact, and thank him for his support”