HAVE WE MET… PRESCOT CABLES? 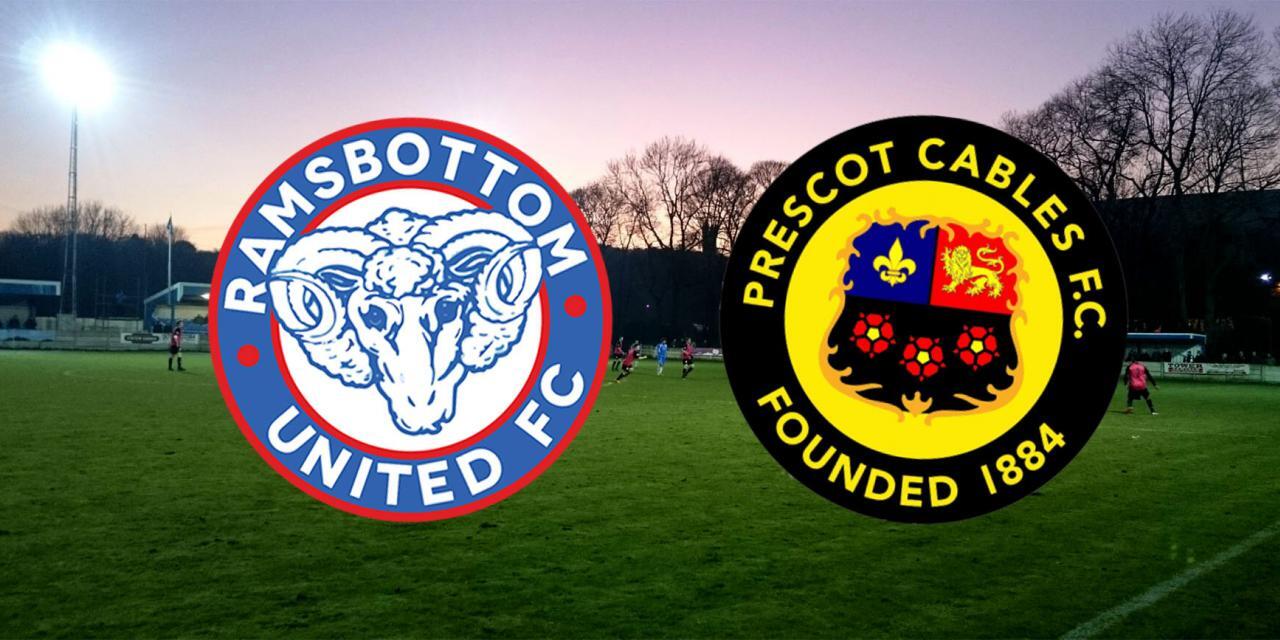 Our history with Prescot Cables stretches all the way back to our first ever season in the North West Counties League Division 1 in 1997 – a league that Cables had been a founder member of in 1982.

The Prescot-based side were founded in 1884 but only added the Cables part to their name a few years later in association with the largest local employer in the area, British Insulated Cables and the name remains today.

Meeting for the first time on 29 November 1997, we missed out to the odd goal in seven as Russell Brierley – then on loan from Radcliffe – Neil Rhodes and Martin Hulme all hit the scoresheet but the Lancashire Telegraph describes the 4-3 defeat as ‘unlucky’. We returned the favour just under two months later, coming back from Valerie Park with a 2-1 win thanks to Brierley and Steve Orrell’s goals.

In fact, you can split the head-to-head record into two halves – the North West Counties days and the Northern Premier League days as we met 14 times in NWCFL Division One and a couple of cup clashes before Cables secured the league title in 2002/03 season, pipping Clitheroe and Mossley to the Championship. Two of their 30 wins that season came against us. There was a 4-2 win in Prescot before a pre-Christmas 2-1 success for the visitors at The Riverside, the latter game being the last time the Bulls won on their visits to us!

However, in the season that we came third in the Counties, 1999/2000, trailing in behind Vauxhall and Newcastle Town, we did produce a stunning 6-2 win at The Riverside as Brendan O’Shaughnessy and the potent Brierley cracked a couple each with Steve Orrell and David Yorke-Robinson adding the additional. But Cables got their own back just seven days later by dumping us out of the League Cup 3-1, our second cup defeat of the week after Accrington Stanley had sent us spiraling out of the LFA Trophy.

Of those 14 games in the Counties, Cables won seven and the Rams just four – there were three draws as well.

And then there was a ten year wait before we would meet once more – 13 October 2012 to be precise in our opening Northern Premier League Division 1 North season. And it has to be said that we have rather held the wood over the Pesky Bulls with eight wins and a draw from our last 10 clashes.

The most entertaining of those came in March 2014, a game that Rammy supporters had 100 reasons to enjoy!

A crowd of just 101 filtered into the Harry Williams Riverside Stadium with the rain pouring down and a Premier League Manchester derby on the television keeping the numbers down but they missed a classic as Lee Gaskell collected his 100th goal for the club and the team notched up their 100th league strike of the season. Gaskell bagged a hat-trick while debutant Steve Howson and Jordan Hulme also netted but it wasn’t all plain sailing as Isaac Kusaloka and Craig Haynes ensured the visitors went in at half-time level although Philip Howard’s 90th minute goal was too late to make an impression as we got home 5-3.

The ‘fly in the ointment’ as far as the Rams are concerned in this decent run of games against the Cables came in February 2018 when a Christopher Almond double, the first from the penalty spot after just three minutes and a second just before the half hour guided the hosts to a 2-1 win despite Gaskell cutting the arrears midway through the second half. That is the only win for the Cables against the Rams in the last 10.

In last season’s shortened season, we only met the once as the home game was cancelled but we travelled to the IP Truck Parts Stadium for an evening game on 19 November 2019 and first-half goals from Iyrwah Gooden and Nic Evangelinos opened up a 2-0 advantage. James Edgar’s 83rd minute strike did make the last few minutes interesting but we held on for a 2-1 win – a much needed win as it broke a four match winless streak.

As mentioned earlier, the Cables have not won at the Riverside in their last six visits since we crossed swords once again in the NPL – can we keep that record going this time around?

The league table for this season is still at a very embryonic stage but the Rams currently sit in a very familiar second place behind the current leaders Workington. The Rams have played four games at home and are unbeaten with three wins and a draw. Meanwhile the Cables are 15th with a solitary win on the opening day of the season against Kendal Town 2-0 but have played three games on the road so far and suffered defeats in all – 1-0 at Clitheroe, 3-2 at Dunston and 3-1 on Tuesday evening at Tadcaster Albion.

Whatever the history says, today could be very different and we welcome Prescot Cables for this re-arranged league game, shifted from late November to fill both of our empty weekends.

Enjoy the match. Come on you Rams!!!