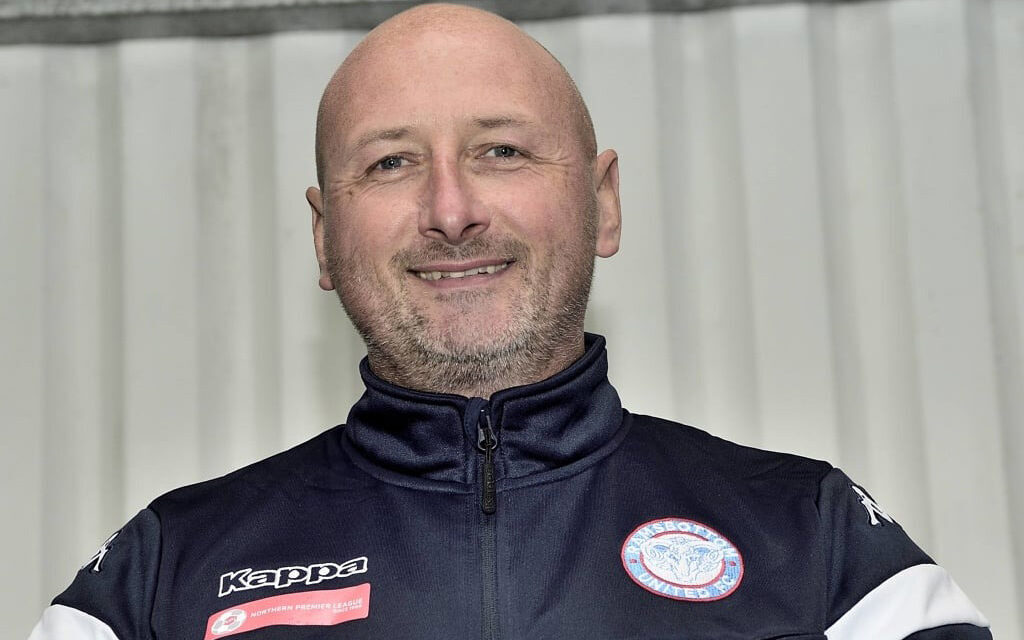 On Saturday 2nd December 2000, a new signing stepped out at The Riverside for the first time in a Ramsbottom United shirt.

The striker, signed from near neighbours Mossley after playing 97 games for them and scoring 34 goals over the course of three seasons, certainly made an impression against his former club!

We mark the 20th anniversary of Ramsbottom United manager Chris Willcock’s playing debut for the club by looking back at the match in the North West Counties League Division 1 against the Lilywhites where he scored twice and set up the other two in a comprehensive 4-1 win over the high flying visitors.

Here is the full match report, courtesy of the Lancashire Telegraph.

Willcock scored twice and had a hand in another to give the Rams a morale-boosting win over a side that started the game third in the table.

Mossley were the first to show in a lively opening spell. Andy Gayle got in a low shot that Keith Nield saw early to get down and save.

Andy Grimshaw headed over the top from a corner for Ramsbottom before they went in front in the ninth minute.

Chris Willcock drifted out onto the right flank and crossed to see the ball go in off the far post.

Mossley tried to get back into it down both flanks, but the Rams defence held firm. Then another former Mossley player, Phil Porter, put a shot just wide after Willcock set him up.

Ramsbottom were winning the midfeld battle and in the 42nd minute Willcock almost added a second when he fired over the top from an acute angle.

A minute later he grabbed his second goal. The ball came into the box after some good work by Danny Goodall down the left side and Willcock stabbed the ball under Tommy Allen as he came out to try to narrow the angle.

Allen denied Willcock a hat-trick with a superb one-handed save just before half-time.

Ramsbottom continued to attack at the start of the second half and Darren Bowman unleashed a 20-yard shot that went just over.

The third Ramsbottom goal came in the 51st minute when Russell Brierley stooped to head Goodall’s cross past Allen, who got a hand to the ball but couldn’t keep it out.

Mossley hit back in a desperate attempt to save the game and Nield was forced into a fine save to tip over a Gayle effort.

The Rams defence weathered the storm and at the other end Allen pulled off another fine save to keep out a Mike Langhorn free-kick that beat the wall from 25 yards out.

In the 68th minute Willcock was brought down in the box and Brierley stepped up to hammer home the penalty to make it 4-0 to the Rams.

Three minutes later Mossley finally reduced the arrrears. A free-kick from the right was played into the box and midfielder Pedro Brennan ran in to glance a header past Nield.

The goal led to a spell of Mossley pressure, but Ramsbottom finished strongly with Allen saving efforts from Steve Orrell and Darren Bowman.

Link to the match report: https://www.lancashiretelegraph.co.uk/news/6054821.soccer-wilco-wonderland