GET TO KNOW… EDDIE COOPER 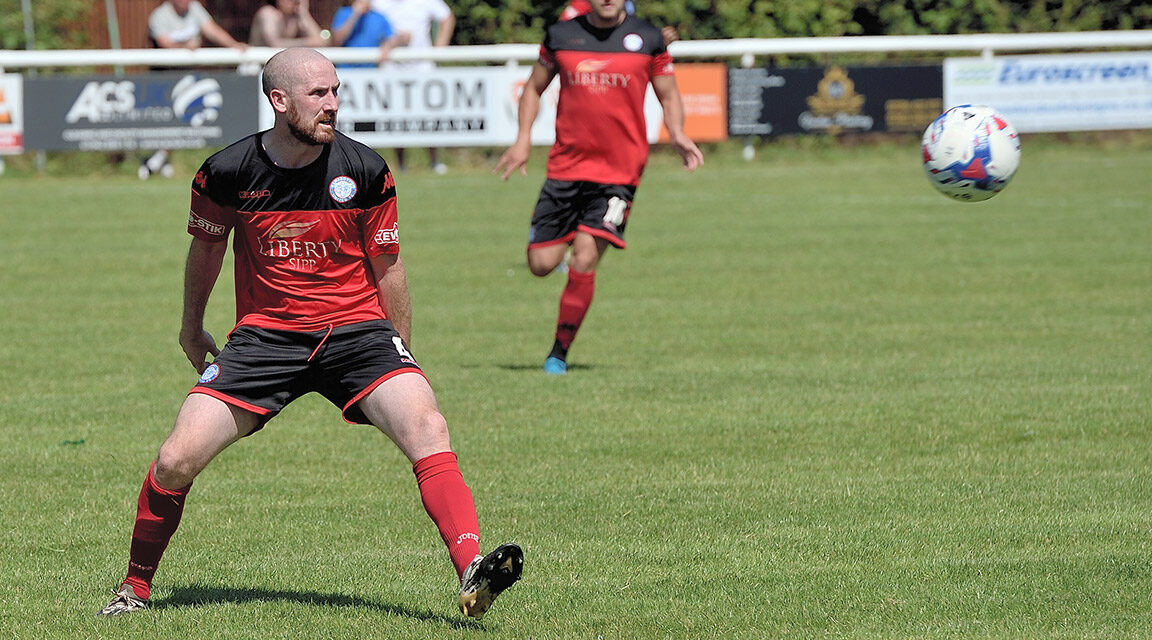 In honour of him making his 100th start in a Ramsbottom United shirt, we are delighted to have the chance to ‘get to know’ the legend that is Eddie Cooper.

Eddie, who joined the Rams in 2017 and is currently enjoying his third stint with the club, also counts Glossop North End, Maine Road and 1874 Northwich amongst his previous clubs.

The 32-year-old midfielder joined RamsbottomUnited365 on Saturday morning, just ahead of his 100th, to look back on his career with the Rams.

How did you come to join Ramsbottom United?
I was playing at Glossop and they changed managers. I wasn’t in the new managers’ plans as they had new lads coming in so I was looking out for a new club. There is a guy called Howard on Twitter (@iBreezeBlock) who was speaking to me about what I was going to do and he got Mark Fell to get in contact. He did and asked me if I wanted to join up for pre-season in 2017/18. I enjoyed it until I had a fall out with Felly and left to play for Wythenshawe Amateurs, just before I got married in March 2018. I came back when Chris Willcock, who I had played under at Glossop, took over at Rammy, playing in his first game at Chasetown.

I left again and joined Wythenshawe Town – they are based just over the road from me and we had just had a baby so it was easier but I got the bug again just before the season was ended last year. Chris put a lot of interest in me, ringing me and talking to me. So here I am – for a third time and amazed to be playing my 100th game.

Favourite game?
My favourite game – the 5-5 AFC Fylde game. The come back, the atmosphere, it was raining heavily and it is a game that just had everything. Even though we got beat in the replay, it was really good to play on a good ground too.

Rammy lowlight?
It was probably when I left Rammy the first time. I was enjoying playing my football at Rammy but then fell out with Mark Fell over something of nothing really. To be honest, can’t even remember what it was.

Best player you played with?
This is a tough one as the best player I have played with is Kieran Lugsden but he didn’t play that well when he came to Rammy. He was class at Glossop North End but just didn’t turn it on when he joined up with Rammy. So, for Rammy, it has to be Tom [Kennedy]. He has got the class, the experience and even when his levels aren’t quite there, there are still way above most. He is just consistent and shows it game after game.

Player to avoid on the pitch?
Jamie Rother or Domaine Rouse. Jamie is just like me! If it is going to be a tough game, you know he will get stuck in.

And Domaine, well, he is just too good. I have known him since we were about 10 years old, we played junior football together and played on Sunday’s too. He is strong, fit, has got great feet – no, I wouldn’t like to play against him much!

Funniest moments?
Well, the majority of them were on the Benidorm trip that we all went on after the FA Trophy run but what goes on tour, stays on tour! There are quite a few stories from that trip but that’s probably not for here.

But, while it wasn’t funny for me, everyone else seemed to enjoy it. It was when I scored against Mossley in the League Cup (30 January 2018). Before the game, Jamie Rother said to me that he thinks I was going to score and when I did, I ran over to the dugout to go and celebrate with him, was going to point at him to say “you said I would score!!!”. I ran over there and asked the lads on the bench “where’s Jamie, where’s Jamie” and Richo [Ben Richardson] said, “he’s right here Eddie”. So there I was looking for him, trying to celebrate the goal… he’s wasn’t there, he was in the bar… he was injured and wasn’t playing! I felt a right idiot!

Oh, and chasing a bloody duck off the pitch on Tuesday night too! That was ‘quackers’ (editors note, yes Eddie did say it was quackers!!)

Thank you Eddie for your time ahead of the game on Saturday at Prescot Cables – and congratulations on your fantastic milestone, the 18th player to reach that mark for the club.

Thanks to Frank Crook for the photo.

However if you are still looking for more information then you can contact us at info@ramsbottomunited365.co.uk.