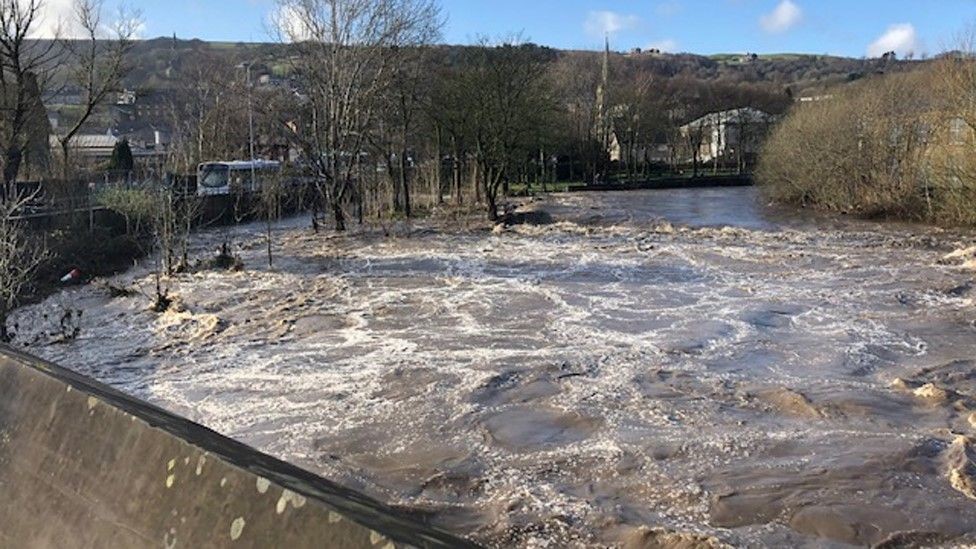 It is well documented over the years that Ramsbottom United’s home ground is often in danger of flooding. We have had the summer flooding of 2012 and the Boxing Day floods of 2015 which have seen the ground submerged.

But back in 1999, it wasn’t so much the flooding from the river that caused the Rams to be homeless for the whole of August, but the damage caused by the freak rain storms caused two man hole covers on the car park to raise.

Here is the article from the Lancashire Evening Telegraph from Friday 16 July 1999:

RAMSBOTTOM United will start the season on the road in the wake of pitch damage caused by recent flooding.

But after negotiating with league top brass it has been decided that the Rams can play their first five matches of the new campaign away from home.

The new league season begins on August 14 but the first fixture at the Riverside Ground will be on Saturday, September 4.

About 40 per cent of the pitch is affected in patches spread across the whole playing area.

Club secretary John Maher said: “It’s been a disaster. It was bad enough for the sewage to flood the pitch but the oil mixed in has caused really bad damage.

“Our chairman Harry Williams is co-ordinating the clean-up operation and has administered a charcoal mix treatment to the pitch to limit the damage.

“Gallons and gallons of water have been sprayed on and the grass has been cut back very short on the areas where it is affected.

“It will then have a covering of soil on it and be reseeded, we just have to hope that it takes.”

Bury Council environmental experts have been called in to investigate how the sewage flow became contaminated with the oil.

“Once we find out who is responsible we will be looking for compensation because this has been an expensive exercise for us,” added Mr Maher.

And finally, the Rams were able to play their first game at home 22 years ago today, in the FA Cup against Fleetwood Freeport.

Here is how the LET reported the return the day before:

RAMSBOTTOM UNITED stage their first home game since a freak accident threw their pre-season preparations into chaos when Fleetwood Freeport are tomorrow’s visitors in the FA Cup.

Storms during the summer blew off man-hole covers near their Riverside ground, causing sewage to leak all over United’s pitch.

That forced the Rams to cancel some pre-season friendlies and they’ve had to play all of their opening five league games away from home while a band of volunteers mounted a clean-up operation.

Thankfully, the pitch is now playable again although the club face the prospect of having to re-lay a new surface next summer.

“Obviously, the pitch isn’t as good as it would have been at this stage in the season but when I think back to what it was like six weeks ago it’s quite miraculous.

“There’s still some bare patches about but we are going to have to run with that until the end of the season when I’m fairly sure it will all have to be pulled up and re-done.”

United haven’t had much luck on their travels so far this season, losing four of their five games to date.

But home advantage tomorrow against a Freeport side going great guns in the league might just tip the scales back in their favour.

“Fleetwood are doing very well so the form book says it should be their day,” said Maher.